America's Got Talent Wiki
Register
Don't have an account?
Sign In
Advertisement
in: Acts, Rejected Acts, Novelty Acts,
and 4 more

None
Nicholas 'the lick' Stoeberl was a tongue painter act from Season 11 of America's Got Talent. He was eliminated in the audition round.

Nicholas 'the lick' Stoeberl, who is from Monterey, California, has a Guinness World Record for the Longest Tongue. He is the host of Tongue Show on YouTube. [1]

Nicholas Stoeberl's audition in Episode 1105 consisted of dipping his tongue in paint and then painting a flower. Howie Mandel, Mel B, Heidi Klum, and Simon Cowell all buzzed the act. All four judges voted "No", eliminating Nicholas from the competition. 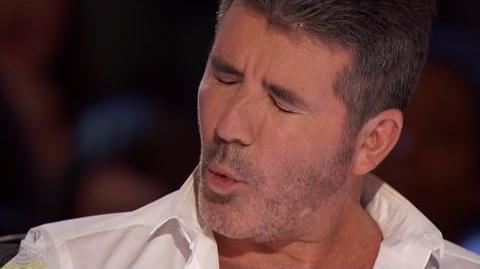 Nicholas Stoeberl appeared on the 2016 revision of To Tell the Truth.