Judge Cuts
Nikki McBurnett was a daredevil act from Season 10 of America's Got Talent. She was eliminated before the Judge Cuts.

Nikki McBurnett is a female daredevil from Austin, Texas. As a kid, she was always either skateboarding, trying to walk up a fence, or jumping off a roof. Her grandkid is the "most important thing in her life." She wants to show that "you can be a daredevil and still be a girl and a grandma."

Nikki McBurnett's audition in Episode 1006 consisted of staying inside a limousine as it was blown up with gasoline. She then escaped the flaming car with her cape itself flaming; those flames were promptly extinguished. Although Heidi Klum voted "No," Howard Stern, Mel B, and Howie Mandel voted "Yes," sending Nikki to the Judge Cuts round. 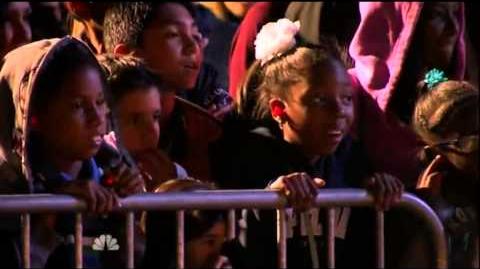 Nikki McBurnett did not perform in the Judge Cuts round, meaning she either withdrew or was cut by the judges before this stage of the competition.