Noah Guthrie was a singer/guitarist act from Season 13 of America's Got Talent. He was eliminated in the Semifinals.

Americana-Soul singer/songwriter Noah Guthrie has been taking the U.S. and Europe by storm on the heels of his debut album, "Among The Wildest Things." Noah is often known for his unique covers on YouTube, or his pivotal role as Roderick Meeks in the final season of Glee. Now, Noah is excited to give fans a taste of his own music. [1]

Noah Guthrie's audition in Episode 1303 consisted of singing Rihanna's "Love on the Brain" while playing the guitar. Howie Mandel, Mel B, Heidi Klum, and Simon Cowell all voted "Yes", sending Noah to the Judge Cuts. 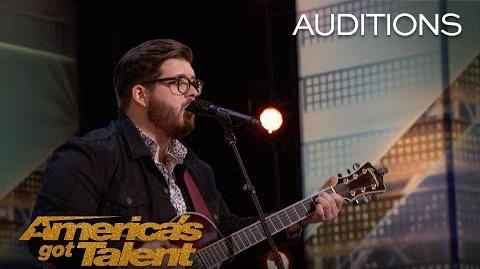 Noah Guthrie's Judge Cuts performance in Episode 1309 consisted of singing The Allman Brothers' "Whipping Post" while playing the guitar. His performance was strong enough for the judges to send him to the Quarterfinals along with We Three. 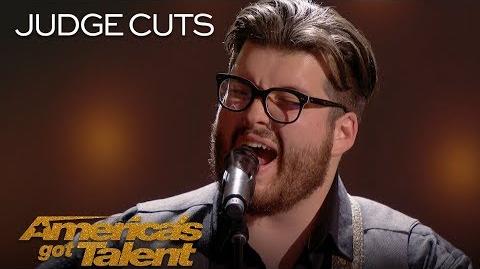 Noah Guthrie's Week 2 Quarterfinals performance in Episode 1313 consisted of singing his original song "Show Me Some Mercy". Heidi Klum gave him a standing ovation. Noah received enough votes to advance to the Semifinals in Episode 1314 instead of Quin and Misha and Yumbo Dump. 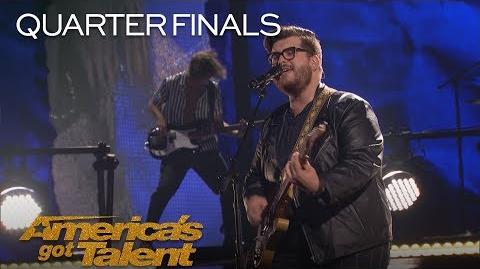 Noah Guthrie's Week 2 Semifinals performance in Episode 1319 consisted of singing "I Will Always Love You" by Whitney Houston while playing the guitar. Howie Mandel gave him a standing ovation. Noah did not receive enough votes to advance to the Finals in Episode 1320, eliminating him from the competition along with Christina Wells instead of Courtney Hadwin. 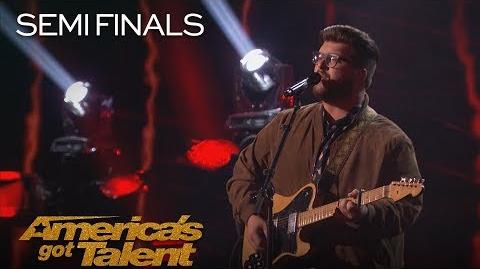 Retrieved from "https://agt.fandom.com/wiki/Noah_Guthrie?oldid=129461"
Community content is available under CC-BY-SA unless otherwise noted.