Outlawz was a Hip-Hop dance crew act from Season 11 of America's Got Talent. It was eliminated in the Quarterfinals.

Outlawz is a hip-hop dance crew out of small town Gilbert, Arizona. They are five members who are very different from each other but share the same love, which is dance. Members include Max Thompson, Phoenix Banuelos, Cris Manansala, Dominic Larovere and Marcus Thomas. Outlawz likes to add elements to their performances to make it a full show instead of just dancing. Dance is more than learning an eight count for Outlawz, it's a brotherhood. They are all best friends and would do anything for each other. Whether it's balancing work and school, dealing with personal problems or simply just in need of a good laugh, they can always count on each other to be there for one another. [1]

Outlawz's audition in Episode 1106 consisted of dancing as a group to jam music and Major Lazer's "Lean On". Although Heidi Klum voted "No", Howie Mandel, Mel B, and Simon Cowell voted "Yes," sending the group to the Judge Cuts. 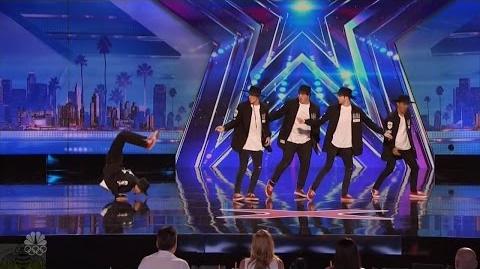 Outlawz's Judge Cuts performance in Episode 1110 consisted of dancing as a group to hip-hop music. One segment involved separate spotlights shining on different members of the group at separate intervals. Outlawz's performance was strong enough for the judges to send the group to the Quarterfinals instead of Flip. 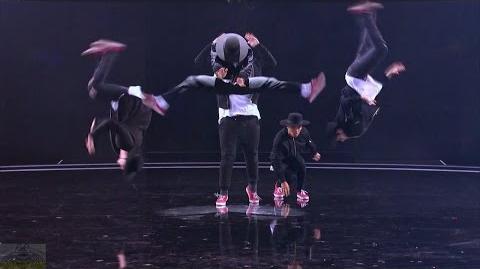 Outlawz's Week 1 Quarterfinals performance in Episode 1111 consisted of dancing in a routine inspired by the Ghostbusters franchise to songs such as Rockwell's "Somebody's Watching Me" and Rick James' "Super Freak". Their routine included moves from Michael Jackson with popping and contortion. Simon Cowell buzzed the act. Outlawz did not receive enough votes to be sent to the Semifinals in Episode 1112, eliminating it from the competition along with Daniel Joyner. 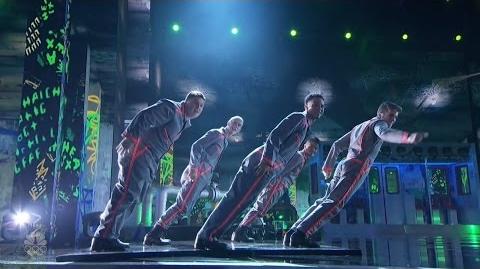 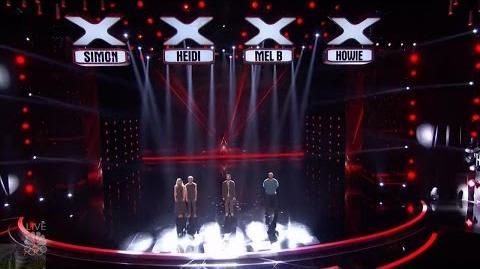 Three members of Outlawz (Phoenix Banuelos, Max Thompson, and Dominic LaRovere) competed on Season 2 of World of Dance as Elektro Botz. They were eliminated in The Duels.

Retrieved from "https://agt.fandom.com/wiki/Outlawz?oldid=117762"
Community content is available under CC-BY-SA unless otherwise noted.