Judge Cuts
Owen & Gia were an Irish Dance duo act from Season 10 of America's Got Talent. They were eliminated before the Judges Cuts.

Owen Luebbers is an Irish dancer. Owen and Gia are from Philly and Columbus, Ohio respectively.

Owen & Gia's audition in Episode 1003 consisted of Irish dancing to Charli XCX's "Break The Rules." Howard Stern, Heidi Klum, Mel B, and Howie Mandel all voted "Yes," sending the duo to the Judge Cuts round. 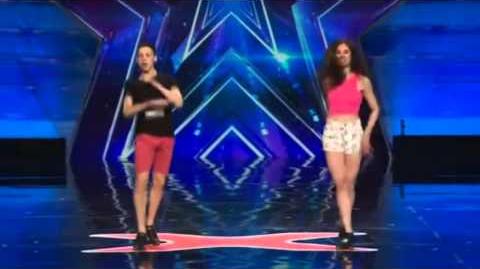 Owen and Gia did not perform in the Judge Cuts round, meaning they either withdrew or were cut by the judges before this stage of the competition.