Semifinalist
Paradizo Dance was a balancing acrobat duo act from Season 4 of America's Got Talent. It was eliminated in the Semifinals.

Dave and Zoë are known worldwide as dedicated teachers and performers in over 25 countries spanning 6 continents, striving towards a unique athletic dance form. This includes an integration of circus, sports acrobatics, partner lifts, and bikram yoga with many dance forms such as Latin dance, Afro-Cuban folklore, ballroom, trapeze, and contemporary dance. They train with many coaches both nationally and internationally.

Dave and Zoë tour regularly, returning home to teach an private lessons at their home studio in Brooklyn. In September 2008 Dave and Zoë became partners in marriage as well as in dance, determined to push the boundaries of acrobatic expression fueled by their personal adventure. [1]

Paradizo Dance's audition in Episode 401 consisted of Dave lifting Zoe and 100-pound Zoe balancing 240-pound Dave on her body, all to Jordin Sparks' "No Air." Piers Morgan, Sharon Osbourne, and David Hasselhoff all voted "Yes", sending the duo to the Vegas Round. 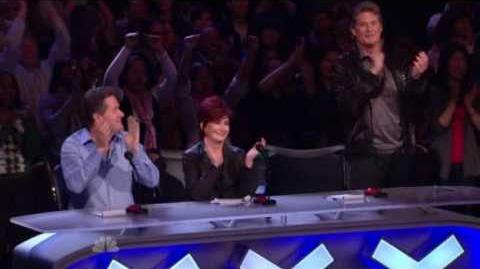 Paradizo Dance appeared without performing in the Vegas Round. The group's audition was strong enough for the judges to send it to the Quarterfinals in Episode 412.

Paradizo Dance's Quarterfinals performance in Episode 415 consisted of dancing and balancing to Beyoncé's "Halo." Feats included Zoë spinning over Dave's shoulders and Zoë holding onto an aerial hoop. Paradise Dance received enough votes to be sent to the Semifinals in Episode 416 instead of Alizma and SQ Entertainment. 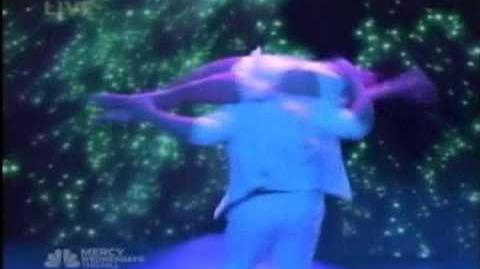 Paradizo Dance's Week 1 Semifinals performance in Episode 421 consisted of performing a dancing and balancing routine with a comedic married theme to Smash Mouth's "I'm a Believer." Paradizo Dance did not receive enough votes to be sent to the Finals, eliminating the duo from the competition in Episode 422 along with Tony Hoard & Rory, instead of Grandma Lee. 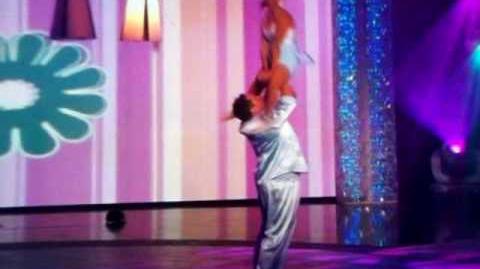