America's Got Talent Wiki
Register
Don't have an account?
Sign In
Advertisement
in: Acts, Instrumentalists, Rejected Acts,
and 3 more

None
Paul "Sequence" Ferguson was a tongue guitarist act from Season 10 of America's Got Talent. He was eliminated in the audition round.

At the age of twelve, Paul "Sequence" Ferguson picked up his guitar and taught himself to play by attentively listening and emulating such greats as Al Di Meola, Carlos Santana, George Benson and Wes Montgomery. With the technical knowledge that enabled Paul to advance to the position of president of a computer software/web publishing company, and the discipline and determination he acquired as a black belt in Shotokan Karate under the tutelage of Bennett Sensei, Paul explored the principles of the keyboard and subsequently developed the techniques, melodies and rhythms that produce the unique sound of Sequence.

Using a keyboard, midi-guitar, synthesizers and an analog guitar, Paul creates digital orchestrations that reveal the soul of his musical compositions. His many accomplishments to date include producing music for the Harris Corporation’s DTV (digital high definition) television, the development and implementation of entertainment programs while in the Armed Forces, a tour of Germany with his six piece band FFB, performances for the United Nations League of Women, and the production of music for television commercials that have been aired on all major networks in the United States and throughout the Caribbean.

Paul has also played lead guitar for the Platters, and has opened for great acts such as Ray Goodman and Brown, Blue Magic, Roy Ayers, Onaje Allen Gumbs, Najee, and Manhat­tan Transfer. Paul has performed for such renowned establishments as the Minority Golf Association of America, The Apollo Theater, the Manhattan Center, Indigo Blues, and Sweetwaters in New York. He has both arranged and performed music for Ujaama, Titus Walker’s Theater Company in New York City. In addition, Paul played for the Bose Factory Corporation using their latest home theater system - the Lifestyle 30 - to demonstrate through. Paul was also privileged to play at Madison Square Garden.

Released in May 2009, Paul’s music and instrument is featured on the new CD from Sheila Raye Charles (daughter of Ray Charles). Paul also recently completed another CD titled Soul Music and covered with several multi-platinum recording artists, such as the Debarge Family, Dru Hill, Eddie Benitez, and more. [1]

Paul "Sequence" Ferguson's audition in Episode 1002 consisted of strumming a guitar with his tongue. Howard Stern buzzed the act. Although Mel B and Howie Mandel voted "Yes", Heidi Klum and Howard both voted "No," eliminating Paul from the competition. 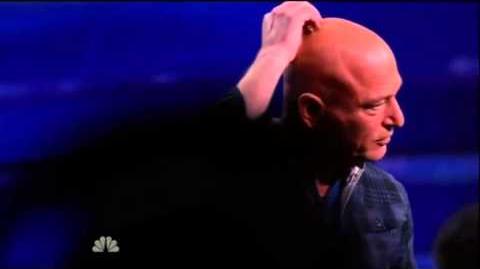