America's Got Talent Wiki
Register
Don't have an account?
Sign In
Advertisement
in: Acts, Accepted Acts, Comedians,
and 22 more

From the Royal Variety Performance to the Edinburgh Fringe Festival, to India’s comedy circuit, Montreal’s Just For Laughs and UK tours with his Sponge Fest show and forthcoming Puppet Master tour, Paul Zerdin’s ventriloquism has impressed everyone from Her Majesty the Queen onwards. The UKventriloquist’s career has included appearances on everything from the Royal Variety Performance, Paramount and Comedy Central’s, The World Stands Up to ITV Daybreak, BBC TV’s The One Show, Sky News and Jason Manford’s Comedy Rocks.

Paul Zerdin’s live shows see him bring to life several very different characters amongst whom are the cheeky pre-adolescent Sam, belligerent OAP Albert and precocious infant Baby. Zerdin, who got the ‘biggest laugh of the night’ at the Royal Variety Performance in 2009, according to audience members, also went on to get 5 star reviews at that year’s Edinburgh Festival. Paul returned to Edinburgh to sold-out houses in 2010 and made his debut at Montreal’s Just For Laughs Festival that year before embarking on a major UK tour with Sponge Fest in 2010/2011.

When Paul was 10, a family friend made him a puppet theatre which he used to put on shows. As he is the first to admit, his hobby quickly grew into an obsession. "The real turning point was when I was given a book on ventriloquism by the legendary Ray Alan. By the time I hit my teens I was spending half an hour a day in front of the mirror practicing talking without moving my lips." Having failed his GCSE’s, Zerdin got a job in a magic shop, developing his magic skills along the way. Simultaneously, he was also developing a sideline as a children’s entertainer.

Zerdin made his TV debut as a magician on the BBC’s Tricky Business and shortly afterwards, at the age of just 20, landed a two year contract presenting the Disney produced kids’ programme Rise and Shine for GMTV.

In 1996, Paul was the first outright winner – by over 100,000 votes of LWT’s The Big Big Talent Show, hosted by Jonathan Ross. The experience not only raised his profile, but introduced him to Nigel Lythgoe, the man who would go on to create reality shows such as Popstars and American Idol. Lythgoe took the 22 year old Paul under his wing, paving the way for appearances on scores of shows, Tonight at the London Palladium, and Generation Game among them. It was Nigel who gave Paul his first brush with Royalty when he secured him a spot on the Prince’s Trust Gala Show in 1997. By the late nineties it was obvious to Paul that traditional variety shows were losing their appeal and it was then that Zerdin decided to introduce stand-up into his routine, a decision that has paid off handsomely. [1]

Paul Zerdin's audition in Episode 1003 consisted of throwing his voice to imitate a sound check malfunction and chatting with his puppet Sam about the judges watching Paul's mouth and Sam imitating Paul's words. Howard Stern, Heidi Klum, Mel B, and Howie Mandel all voted "Yes," sending Paul to the Judge Cuts round. 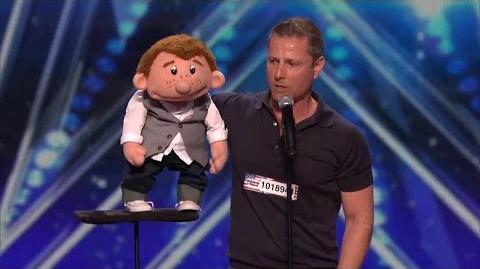 Paul Zerdin's Judge Cuts performance in Episode 1010 consisted of performing with a baby puppet and telling him a story about Little Red Riding Hood and changing the Big Bad Wolf to a fluffy yellow duck. The performance ended with the baby "urinating." Paul received an enthusiastic reception from the audience. Impressed by his performence, Marlon Wayans pressed the Golden Buzzer, sending Paul straight to the Quarterfinals. 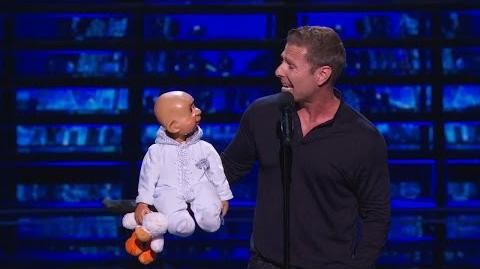 Paul Zerdin's Week 1 Quarterfinals performance in Episode 1012 consisted of conversing with his puppet Sam. Sam and Paul had an argument after which Sam refused to talk. To embarrass Sam performing on his own, Paul left the stage. While Sam was sitting, however, he appeared to come to life and start talking with the judges. Paul then returned, with Sam seemingly lifeless again. Howard Stern, Heidi Klum, Mel B, and Howie Mandel all gave him standing ovations. Paul received enough votes to be sent to the Semifinals in Episode 1013 along with Drew Lynch, instead of Showproject. 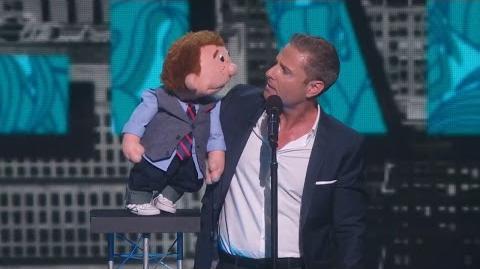 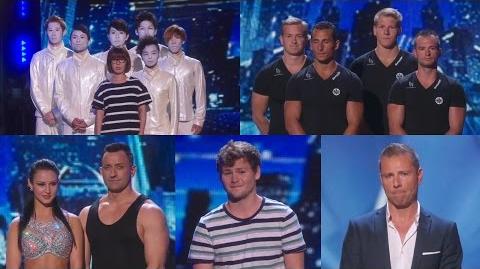 Paul Zerdin's Week 2 Semifinals performance in Episode 1020 consisted of using Howie Mandel as a dummy (through a remote controlled mask). Paul then switched places with Howie by pretending to be a judge while he forced Howie to struggle and dance on stage. Howard Stern, Heidi Klum, and Mel B gave him standing ovations. Paul received enough votes to be sent to the Finals in Episode 1021 instead of Sharon Irving. 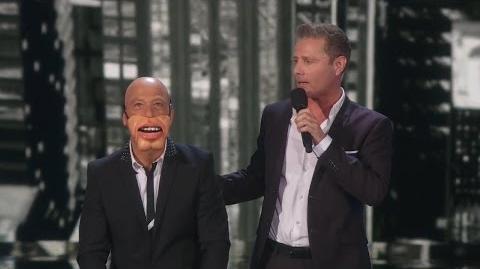 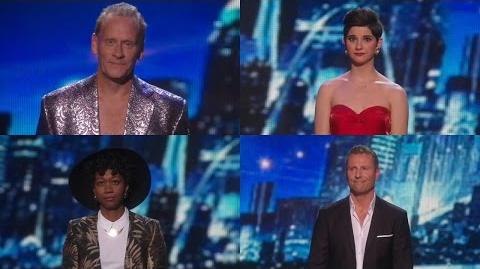 Paul Zerdin's Finals performance in Episode 1022 consisted of performing with Sam's grandpa Albert. He joked about Albert's hearing aid being off, and Albert having issues with his suppository. He then sang a song to make the baby sleep. He then brought Sam out. He swapped voices with Sam. Paul then had a conversation with all three puppets at once. 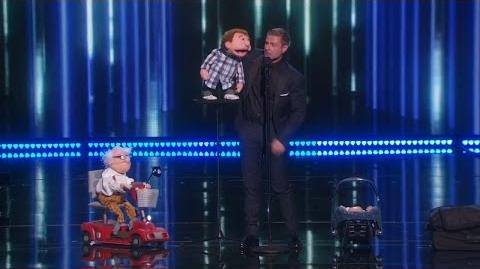 For the finale in Episode 1023, Paul Zerdin bantered with Sam and then had Sam "lip-sync" to Terry Fator's singing. He received enough votes to advance to the Top 5 instead of Piff the Magic Dragon. Paul was revealed to have finished in first place in the competition in front of Drew Lynch, Oz Pearlman, The Professional Regurgitator and The CraigLewis Band, winning one million dollars and a headline show in Las Vegas. 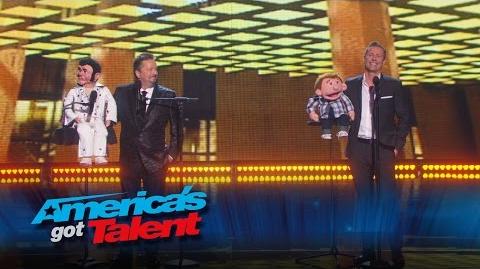 Paul returned for America's Got Talent: The Champions. His performance in Episode TC04 consisted of a routine with his puppet Sam where he discusses elevators and sings and beatboxes at the same time. It was revealed that the superfans voted Paul into the top 4 along with Brian Justin Crum, Drew Lynch and Tape Face. He received more votes than Drew and Tape Face, but received fewer votes than Brian, eliminating him from the competition.

Paul Zerdin was one of the AGT representatives competing on Britain's Got Talent: The Champions. Just like on AGT: The Champions, he was eliminated in the Preliminaries after finishing his night in 2nd place. He lost the superfan vote to dance group and former BGT finalists MerseyGirls.