Judge Cuts
Pelican212 was a family band act from Season 12 of America's Got Talent. It was eliminated in the Judge Cuts.

Pelican212 is a band of brothers and sisters that honed their skills busking on the sidewalks of Nashville, New Orleans and Pensacola. [1]

The band is lead by twins Max and Kolbe (on trumpet), who previously appeared on Season 2 of Little Big Shots. [2]

Pelican212's audition in Episode 1202 consisted of performing Sister Sledge & Jade's "We Are Family." Although Howie Mandel voted "No," Mel B, Heidi Klum, and Simon Cowell voted "Yes," sending the group to the Judge Cuts. 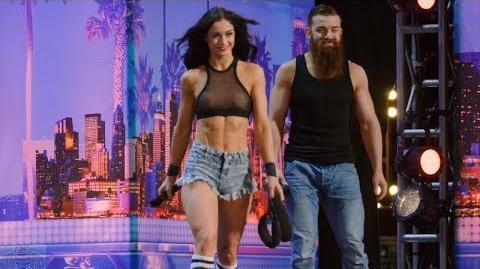 Pelican212's Judge Cuts performance in Episode 1208 consisted of performing Hall & Oates' "You Make My Dreams". Pelican212's performance was not strong enough for the judges to send it to the Quarterfinals, eliminating the group from the competition.

Pelican212 competed as The Rees Family in Nickelodeon's 'America's Most Musical Family. They either placed 3rd or 2nd.