Judge Cuts
Pretty Big Movement was a dance group act from Season 10 of America's Got Talent. They were eliminated in the Judge Cuts.

Pretty Big Movement LLC based in New York, NY is a full figured dance company specializing in various dance genres such as Hip-Hop, Jazz, Ethnic and more. Founder / CEO Akria Armstrong realized there wasn't a platform for women with voluptuous curves in mainstream media so Ms. Armstrong sought out to create one. As the CEO of her own company Akira choreographs, performs, conducts make up workshops, dance worlshops and utilizes her artistic background to inspire her former members that size has no barrier.[1]

Pretty Big Movement's audition in Episode 1007 consisted of dancing as a group to James Brown's "Get Up Offa That Thing" while wearing afro wigs. Howard Stern, Heidi Klum, Mel B, and Howie Mandel all voted "Yes," sending the group to the Judge Cuts round. 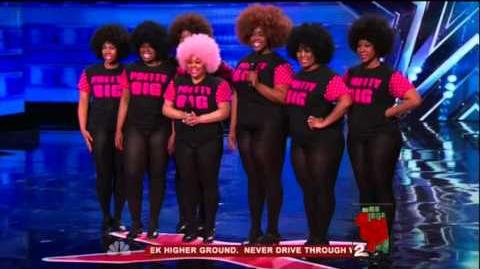 Pretty Big Movement's Judge Cuts performance in Episode 1010 consisted of dancing as a group to "Bang Bang." Howard Stern buzzed the act. One of the dancers felt that the judges didn't really understand the act. The group's performance was not strong enough for the judges to send it to the Quarterfinals, eliminating it from the competition along with Haley "Bulletproof" Glass, instead of Triple Threat. 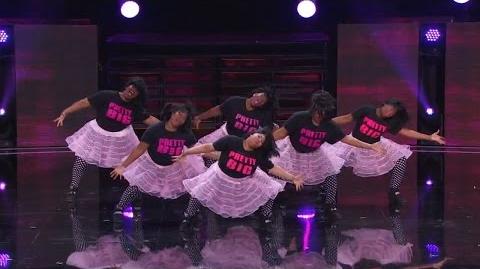