Quarterfinalist
Quin and Misha were a ballroom dance duo act from Season 13 of America's Got Talent. They were eliminated in the Quarterfinals.

Quin Bommelje was 58 and watching Dancing with the Stars when she decided that she wanted to learn to dance. She and her husband Rick, a professor at Rollins, enrolled in a beginner’s class at Arthur Murray. By all accounts, they were both terrible.

But Quin has discovered a passion and a talent that she had no idea existed. Today, she and her partner Misha Vlasov are one of the top dance teams in the world and Quin is competing against and beating dancers — some young enough to be her grandchildren.

Quin and Misha kicked off the 2017 Del Webb Sunbridge Growing Bolder® Awards, presented by Senior Resource Alliance and the Winter Park Health Foundation, with a stunning performance, taking the stage to kick off a celebration of men and women who are smashing stereotypes and confronting ageism. [1]

Quin and Misha's audition in Episode 1304 consisted of dancing to "Something New" by Nikki Yanofsky. Howie Mandel, Mel B, Heidi Klum, and Simon Cowell all voted "Yes", sending them to the Judge Cuts. 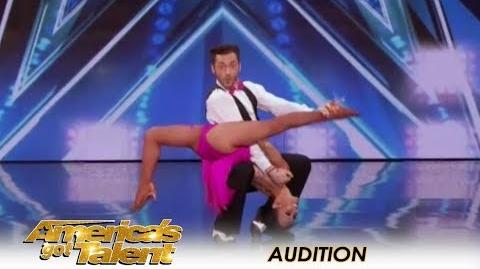 Quin and Misha's Judge Cuts performance in Episode 1309 consisted of dancing to “Sax” by Fleur East. Heidi Klum and guest judge Martina McBride gave them standing ovations. Moved by their performance, Martina pressed the Golden Buzzer, sending them directly to the Quarterfinals. 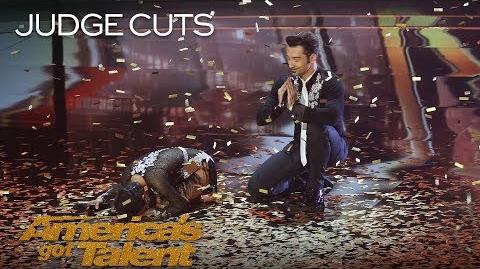 Quin and Misha's Week 2 Quarterfinals performance in Episode 1313 consisted of dancing to "Maniac" by Michael Sembello from the movie Flashdance. Mel B, Heidi Klum and Simon Cowell gave them standing ovations. Quin and Misha did not receive enough votes to advance to the Semifinals in Episode 1314, eliminating them from the competition along with Yumbo Dump instead of Noah Guthrie. 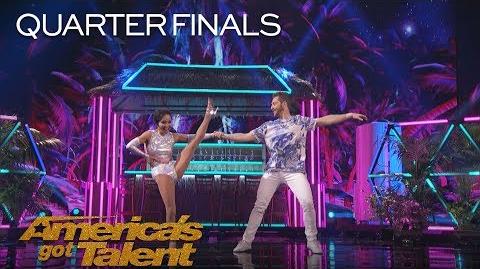