America's Got Talent Wiki
Register
Don't have an account?
Sign In
Advertisement
in: Acts, Season 10 Acts, Male Singers,
and 5 more

Judge Cuts
Randy Roberts was a drag singer act from Season 10 of America's Got Talent. He was eliminated in the Judge Cuts.

Randy is currently headlining in "The Crystal Room Cabaret" at Lateda in Key West, FL. He's been seen on the Las Vegas strip in "Boy-lesque" at the Sahara and Stardust hotels and "An Evening at La Cage" at the Riviera Hotel.

Randy sang "That's Life" accompanied by a 15 piece, all female big band.  Randy Roberts' audition was never televised, due to issues with the union and the band .He received three yes's.  Howie was the only no. The three yes's sent Randy to the Judge Cuts round.

Randy Roberts' Judge Cuts performance in Episode 1010 consisted of singing "The Lady Is a Tramp" from Babes in Arms while accompanied by a band. Randy's performance was not strong enough for the judges to send him to the Quarterfinals, eliminating him from the competition along with The Squad, instead of Animation Crew. 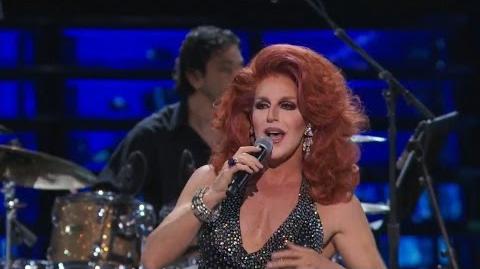