Finalist
Realis was an acrobatic dance duo act from Season 1 of America's Got Talent. It finished in the Bottom 5 (of the Top 10).

Realis, two time world champions in acrobatics, is dedicated to taking entertainment to new heights as a creative entity. Using their bodies to the highest degree of physical mastery, they channel an experience of divine reality.

The acrobats known together as Realis are Arthur Davis and Shenea Booth. They are former two-time world champions in acrobatic gymnastics, and artistic partners for over 7 years. In 2004 they retired from the competitive arena and started their own performance entrepreneurship. As Realis, they have evolved into world renowned artists, creating a groundbreaking genre of entertainment.

Currently, Realis works with different companies around the world, and have made special appearances on "Dancing With The Stars," "So You Think You Can Dance," Cirque Du Soliel premier special events, and NBC’s Ice Skating and Gymnastics Spectacular.

They recently premiered their first dinner theater show at Cinespace in Hollywood , where they were the producers, creators, and directors. Realis continues to expand and has created, collaborated, and performed with charity organizations, Celebrity private events, Stars on Ice, weddings, fashion shows, commercials, television, spiritual organizations, and events in over 25 countries worldwide. Both are originally from California, and now reside in Los Angeles. [1]

Realis's full audition in Episode 101 was never televised, but the girl of the group performed a handstand on her partner's hands. It is unknown whether or not the duo was buzzed, but at least two judges voted "Yes," sending the act to the Semifinals.

Realis's Week 2 Semifinals performance in Episode 106 consisted of the duo dancing together while performing acrobatic feats such as flips in the air and one-hand hand-to-hand handstands. Piers Morgan, Brandy Norwood, and David Hasselhoff all gave Realis "✓" votes. The judges chose the duo as their Week 2 pick to move onto the Finals without being voted on by America in Episode 107. 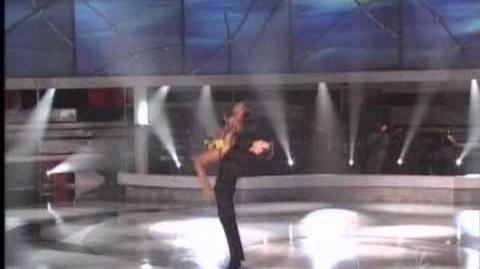 Before its performance, Realis was guided by celebrity coach Gene Lubas. Realis's Finals performance in Episode 114 consisted of dancing and performing more acrobatic feats such as two consecutive double front flips and  a hand-hand handstand in the air.. Piers Morgan, Brandy Norwood, and David Hasselhoff all gave Realis "✓" votes. 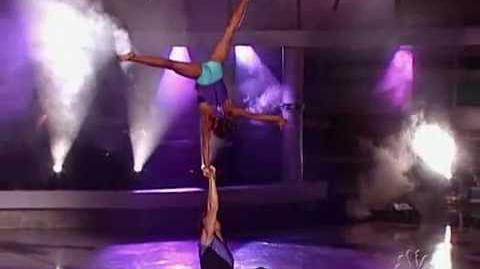 Arthur Davis would later coach the group AcroArmy in Season 9.