America's Got Talent Wiki
Register
Don't have an account?
Sign In
Advertisement
in: Acts, Accepted Acts, Bands,
and 16 more

3rd Place
Recycled Percussion was a percussion group from Season 4 of America's Got Talent. It finished the competition in 3rd place.

Recycled Percussion is a band from Goffstown, New Hampshire. Ryan and Justin are not only cousins, but also the drummers; James joins them on guitar and DJ Todd rounds out the group that is rightfully called Recycled Percussion. For the 10 years before their audition, they have been creating their unique style of music on just about anything they can get their hands on whether it was everyday household objects like ladders, buckets, trashcans and even metal grinders. The group is determined to inspire a drug free youth to tune in and watch the amazing things one can do when one puts his or her mind to it. [1]

Recycled Percussion competed on the final episode of the short-lived 2008 version of The Gong Show. They were the winners of the episode, beating out Fred Grzybowski.

Recycled Percussion's audition in Episode 410 consisted of drumming on two adjacent sets of ladders. Piers Morgan and at least one other judge voted "Yes," sending the group to the Vegas Round.

Recycled Percussion appeared without performing in the Vegas Round. The group's audition was strong enough for the judges to send it to the Quarterfinals in Episode 411.

Recycled Percussion's Quarterfinals performance in Episode 419 consisted of drumming on various recycled objects to The Sweet's "Ballroom Blitz." The group notably performed on a vertically slanted platform. Piers Morgan, Sharon Osbourne, and David Hasselhoff all gave the group standing ovations. Recycled Percussion received enough votes to be sent to the Semifinals in Episode 420 instead of Ishaara and Matt & Anthony. 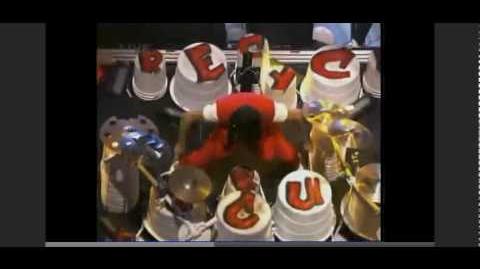 Recycled Percussion's Finals performance in Episode 425 consisted of drumming on garbage bins, plastic bins, and cymbals to The Surfaris' "Wipe Out." In the middle of the performance, customized sprinklers turned on that sprayed two of the drummers as they drummed. 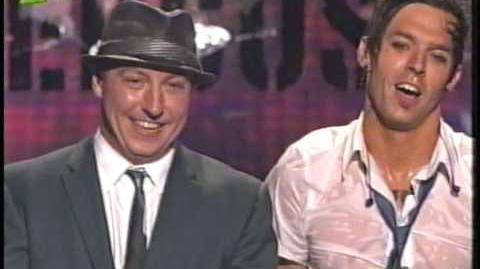 Recycled Percussion received enough votes to be included in the Top 5 in Episode 426 instead of Grandma Lee. The group was revealed to have finished in third place in the competition that same night, in front of The Texas Tenors and The Voices of Glory, but behind Kevin Skinner and Barbara Padilla.

Recycled Percussion's junk rock music became a national phenomenon week after week during their hit performances on America’s Got Talent in 2009. Playing over 4,000 shows and over 400 corporate events in over 15 countries, the group has also done guest appearances on “Carson Daly”, “The Today Show”, “China’s Got Talent” and the Latin Grammy Awards. After being featured on the cover of “USA Today” and being voted National Act of the Year a record-breaking six times, the band gained world-wide recognition.

In 2010, they sealed the deal and became headliners in Las Vegas. Recycled Percussion has elevated their energy level, created new performance elements and continues to bring junk rock music to the Las Vegas Strip nightly at The Quad Resort and Casino. [2]