Semifinalist
Red Panda, whose real name is Rong Niu, was a unicyclist from Season 8 of America's Got Talent. She withdrew from the competition for personal reasons, but she was brought back by Howie Mandel as Wild Card in the Semifinals. She was eliminated again in the Semifinals.

Red Panda was born in Shanxi Province in China and began her training at the age of seven. She studied at the Taiyuan Art School for a total of seven years, where four years into her studies, the Taiyuan Acrobatic Troupe invited her to join. Later, she was recruited by Disney World and worked in Epcot Center for almost two years. Red Panda has been performing for 33 years and has done her act in over 30 countries around the world. She has won two Guinness World Records. She currently works for the NBA halftime show. 1

Red Panda's audition in Episode 803 consisted of pedaling a tall unicycle with one foot while balancing ceramic bowls with her other foot, and then flipping those bowls with her foot to form a pile onto the top of her head. Howard Stern, Heidi Klum, Mel B, and Howie Mandel all voted "Yes," sending Rong to the Vegas Round. 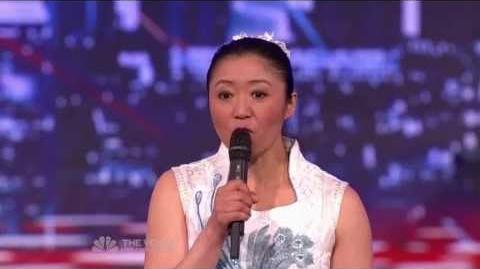 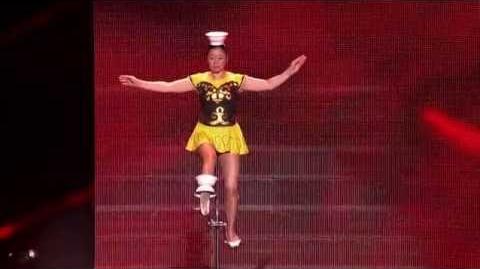 In Episode 820, Howie Mandel announced that he selected Red Panda as his Wild Card pick for the Semifinals, so Red Panda returned to the competition. Unlike other Wild Cards, who were called a week before, Red Panda was called at last minute to replace the injured KriStef Brothers, and had little time to practice her routine.

Red Panda's Week 1 Semifinals performance in Episode 820 consisted of performing her bowl-flipping act again, this time while riding a unicycle above a small elevated platform. Unfortunately, she dropped one bowl during the five-bowl flip at the end of the performance. Red Panda did not receive enough votes to be sent to the Finals in Episode 821, eliminating her from the competition along with Tone the Chiefrocca, instead of Innovative Force. 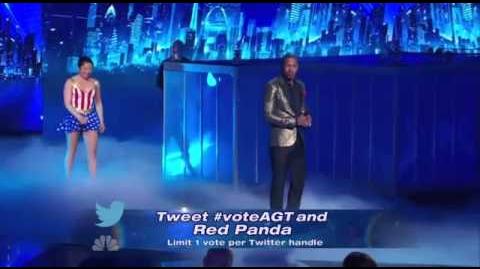 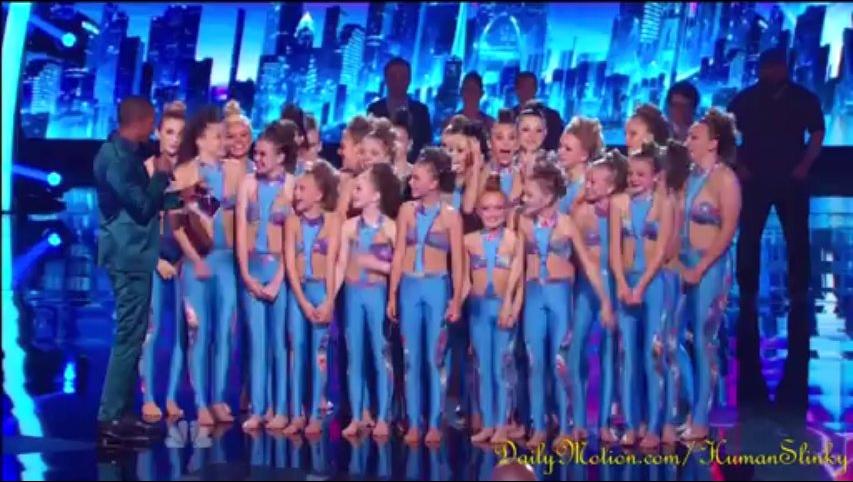