Remy for Food Oddities was an extreme eater act from Season 9 of America's Got Talent. The act was eliminated in the audition round.

Remy Mumby, of Lansing, Michigan — and YouTube notoriety — eats everything from baked deer hearts and dung beetles, blood sausage and brains, pickled pig lips and placenta, testicles, and on and on and on. And most of the time, he likes it.

Remy (born Rembrandt Harmenszoon Van Rijn Mumby) falls somewhere between Joe Rogan and Padma, with a dash of that kid from Jerry Maguire thrown in. His hero is Bizarre Foods host Andrew Zimmern, who praised the adventurous young man on his Web site but might soon be overtaken by his protégé, who regularly produces online videos eating some of the same foods Zimmern is known to dislike.

The kid's surprisingly long culinary odyssey began at a local Asian market. "They had chicken feet and what they call a 'thousand-year-old egg,' which are just preserved eggs, but they turn black," says Remy's father Douglas, who encourages his son's hobby. "Remy was always willing to try absolutely anything."

His least favorite eating adventure, of course, was the scorpions, which were "like eating a tasteless lobster with the shell still on it. It was just terrible — basically just shell and hard guts." That's right: he didn't like eating scorpions because of the taste.

Remy's fans have tried to ship him whale meat. They even offered to send him dog meat, but his dad says his son won't eat "what we consider to be pets." Some of those fans were offended, however, when Remy drank human breast milk:

"That polarized people," Douglas says. "We got a lot of positive responses, but some people thought it was horribly immoral to drink breast milk if you weren't a baby."

Even if some viewers are repulsed, Remy will have the last laugh: publishers and talent agents have approached the family about expanding his YouTube brand into something of a multimedia empire. And even without the attention, he'd be devouring extreme cuisine anyway.1

Remy for Food Oddities' audition in Episode 906 consisted of eating a rattlesnake and convincing Nick Cannon to eat a scorpion. Howard Stern and Heidi Klum both buzzed the act. Howard, Heidi, Howie Mandel, and possibly Mel B voted "No," eliminating Remy from the competition. 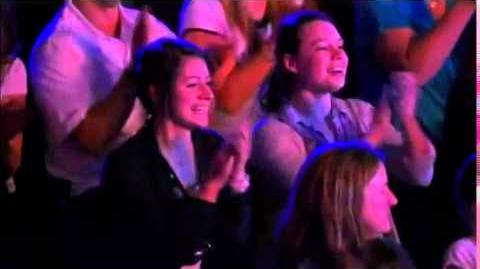