None
Richard, Dancing Man was a dancer act from Season 7 of America's Got Talent. He was eliminated in the audition round.

Richard, Dancing Man's audition in Episode 709 consisted of dancing while twirling two canes to upbeat music. At one point in his performance, however, he hit his own head with one of his canes. Howard Stern, Sharon Osbourne, and Howie Mandel all buzzed the act. At least two judges voted "No," eliminating the act from the competition. After the audition, Nick Cannon joined Richard on the stage, and they danced together. 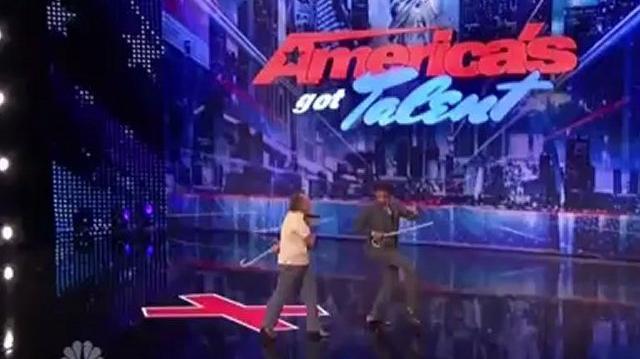