America's Got Talent Wiki
Register
Don't have an account?
Sign In
Advertisement
in: Accepted Acts, Acrobats, Acts,
and 6 more

Richard & Ashlee were a classical ballet dancer-turned-contemporary circus artist duo act from Season 9 of America's Got Talent. They were eliminated during Judgment Week.

Richard Hankes and Ashlee Montague first met at the Rock School for Dance Education in Philadelphia in 2007, and they have been performing together ever since. They now reside in New York City and perform on various stages as classical ballet dancers, actors, street performers, and circus artists. [1]

Richard and Ashlee's audition in Episode 901 consisted of a dancing and hand balancing act to "Too Close" by Alex Clare. Howard Stern, Heidi Klum, Mel B, and Howie Mandel all voted "Yes," sending the duo through to Judgment Week. 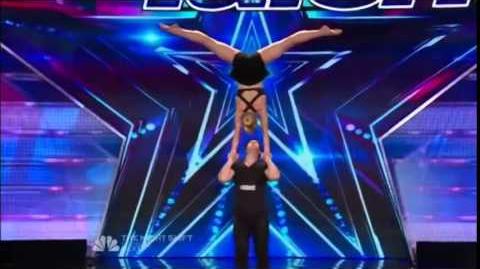 Richard & Ashlee were sorted into the "Acrobats" category in Judgment Week. The duo's performance in Episode 908 consisted of hand balancing feats such as a backflip in the air and Ashlee standing on one foot on Richard's head. Richard & Ashlee's performance was not strong enough for the judges to send them to the Quarterfinals, eliminating them from the competition that same episode. 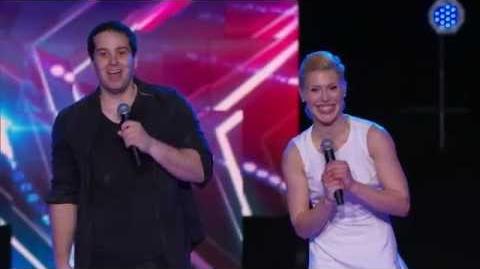