America's Got Talent Wiki
Register
Don't have an account?
Sign In
Advertisement
in: Acts, Accepted Acts, Magicians,
and 7 more

Quarterfinalist
Rob Lake was a magician act from Season 13 of America's Got Talent. He was eliminated in the Quarterfinals.

One of the world’s most celebrated illusionists, Rob Lake’s mindblowing illusions have dazzled and entertained millions across network television, in Times Square, on the Vegas strip, Atlantic City, and before sold-out audiences in casinos, arenas, and theatres worldwide.

His astonishing original illusions are uniquely presented as awe-inspiring storytelling on the grandest scale.

Named “The Top Illusionist in the World” by Caesars Entertainment, the world’s largest gaming organization, Rob is internationally renowned for his mesmerizing and award-winning illusion spectacular.

In 2008, Rob became the youngest magician in history to receive the holy grail of the magic world — the Merlin Award – as ‘International Stage Magician of the Year.’ This award is magic’s highest honor and the industry equivalent of an Oscar.

Rob has also served as magic consultant for network TV series, feature films, and has created illusions for today’s most famous magicians.

Rob’s magical effects can be seen in numerous theatrical productions across the globe including the smash hit musicals The Phantom of the Opera, and in over 900 productions of Disney’s Beauty & the Beast.

Over the last few years, Rob has headlined in venues around the world bringing his physics- and sometimes even death-defying illusions to audiences at the Atlantis Paradise Island Resort in the Bahamas, Harrah’s Lake Tahoe, and even the White House.

In his daily life, Rob dedicates his time, his support and his voice to a cause he holds near and dear to his heart – Animal Rescue. In fact, his own furry companion Roger, a Yorkie mutt, was once a rescue dog, and has become a popular part of his show, as well. [1]

Rob Lake's audition in Episode 1305 consisted of him filming himself with a live camera while leaving the theater and giving randomly selected audience members, Heidi Klum, and Tyra Banks instructions of what to do. The selected audience members, Heidi, and Tyra examined a platform and watched from all angles as the act was taking place. Heidi and Tyra lifted a curtain and dropped it to reveal Lake who had been standing in another room. Howie Mandel, Mel B, Heidi, and Simon Cowell all voted "Yes," sending Rob to the Judge Cuts. 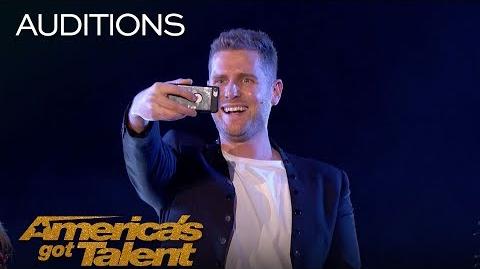 Rob Lake's Judge Cuts performance in Episode 1308 consisted of having his assistant lock him up in chains and then making himself and his assistant switch places. Howie Mandel, Mel B, Heidi Klum, and guest judge Olivia Munn gave him standing ovations. His performance was strong enough for the judges to send him to the Quarterfinals along with Shin Lim. 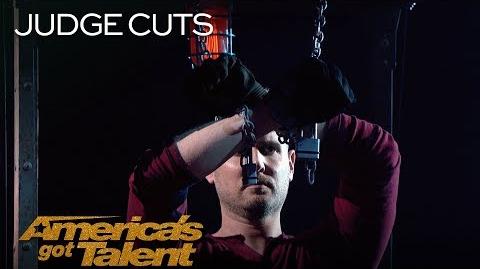 Rob Lake's Week 3 Quarterfinals performance in Episode 1315 consisted of making two girls appear from video screens and switching a construction sign before being locked in a metal box on a motorcycle. The box was raised to the top of the stage where he disappeared and re-appeared at the back of the audience. Unfortunately, he or his body double made a mistake and didn't cover a sign, letting the audience see the change in action. Mel B gave him a standing ovation. Rob did not receive enough votes to advance to the Semifinals in Episode 1316, eliminating him from the competition instead of Michael Ketterer and Christina Wells. 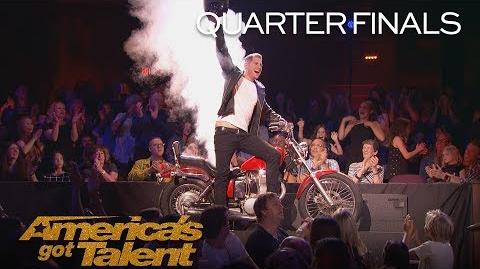 Rob Lake appeared on the 2021 Fox television series Game Of Talents. The same year he competed on the Italian competition series Tu Si Que Vales where he advanced to the finale

In 2022 Rob competed on the second season of the TBS competition series Go Big Show but did not advance to the semifinals, losing his preliminary match-up to escape artist Andrew Parker.[2][3]