America's Got Talent Wiki
Register
Don't have an account?
Sign In
Advertisement
in: Accepted Acts, Acrobats, Acts,
and 5 more

Rokardy was a hand balancer act from Season 9 of America's Got Talent. He was possibly eliminated during Judgment Week.

Carlos Rodriguez Diaz was born in Havana, Cuba. While in school, he developed an interest in gymnastics. At the age of seventeen, Carlos attended the National Circus School of Cuba where he fell in love with hand balancing. After four short years of practice, Carlos became a well-known circus artist in Cuba.

During the next few years, Carlos participated in several international circus festivals, notably in Korea, France, Vietnam, and Russia where he won prestigious awards. In 2001, he was awarded the Grand Prix at the Festival de Massy in France. At one point in his career, he adopted the stage name Rokardy, which is a combination of his given birth names.

Throughout his career, Rokardy performed in famous circuses all around the world. He starred in Circus Merano (Norway), Atayde Hermano (Mexico), Gran Circo Mundial (Spain), Circus Scott (Sweden), and the Bolshoi Circus (Russia). In 2002, he joined Cirque du Soleil's La Nouba (Orlando, FL) as one of the show's main characters. Preparing himself for the environment of this large scale production, Rokardy completely transformed his solo act by changing his apparatus, costume, and make-up.

Currently, Rokardy performs in Cirque du Soleil's Viva Elvis! show in Las Vegas. He has a son named Carlos who was 19 at the time of Rokardy's AGT audition. [1]

Rokardy's audition in Episode 901 consisted of balancing on a narrow stand above the stage and then climbing down and landing in a split. His son and assistant Carlos threw him pieces of the stand that Rokardy assembled and then climbed during the act. Howard Stern, Heidi Klum, Mel B, and Howie Mandel all voted "Yes," sending Rokardy to Judgment Week. 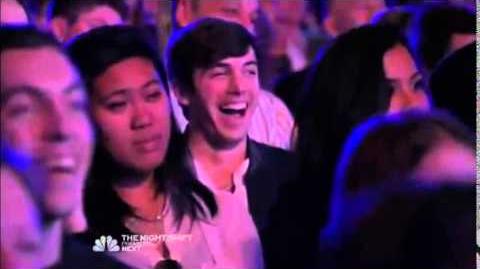 It is unknown whether or not Rokardy was present during Judgment Week as he was never seen, but even if he was, he did not advance to the Quarterfinals.