None
Ronnie Alampour was a dancer act from Season 10 of America's Got Talent. He was eliminated in the audition round.

Ronnie Alampour, also known as "Ronnie the Dancer," is from Vancouver. He is a kickboxing/karate/dance instructor. He has competed on Canada's Got Talent. [1]

Ronnie Alampour's audition in Episode 1002 consisted of dancing to Snap!'s "The Power," ending with performing a split and two-fingered push-ups. Howard Stern, Heidi Klum, Mel B, and Howie Mandel all buzzed the act. All four judges voted "No," eliminating Ronnie from the competition. After the performance, Nick Cannon joined Ronnie on stage for a dance encore. 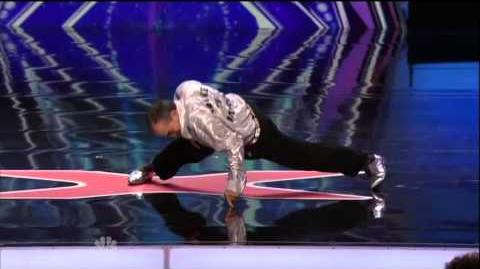