America's Got Talent Wiki
Register
Don't have an account?
Sign In
Advertisement
in: Acts, Ventriloquists, Vocal Duos,
and 5 more

Unknown
Rudi Rok and Sari Aalto were a ventriloquist duo act from Season 13 of America's Got Talent. They were eliminated in the audition round.

Rudi Rok and Sari Aalto are from Finland. Rudi is a former breakdancer whose back failed him at the height of his career – which then spurred him to find his voice as a beatboxer and voice artist. He began breakdancing at the age of 15 in 2000 and ended his career in 2005. At this point he became a beatboxer, standup comedian and ventriloquist - talents he’s taken to the stage professionally since 2009, averaging 100-200 gigs a year. He’s also done some voice acting and played leads in plays. At the end of December 2016 he founded a Creative Media Company called HELSINKING, and has been working as the Creative Lead there since January 2017. One of the key projects the company has seen through has been a superhero film called VOLUME starring Rok himself. He set up a YouTube channel focussing on the voice artist strand of his career in 2007 (his first viral video was in 2014) and has grown his YouTube following to 200.000 over the subsequent years, with some videos gaining as many as 12 million views. [1]

Rudi Rok and Sari Aalto's audition in Episode 1304 consisted of performing ventriloquism on each other, to make it appear as if Sari was singing "I Feel Pretty" from West Side Story in Rudi's voice, and vice-versa. Simon Cowell voted voted "No", but the rest of the verdicts are unknown. Rudi discussed on his Youtube channel that him and Sari did not make it to the next round[2] 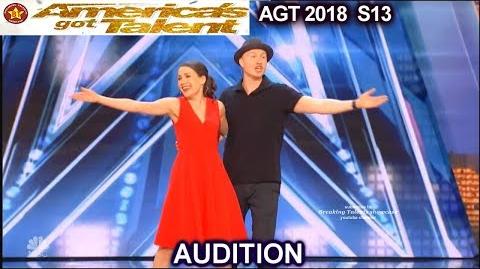