Vegas Round
Sage, originally in an act titled Grandfather & Sage, was a singer and pianist act from Season 2 of America's Got Talent. He was eliminated in the Vegas Round.

Because Sage's parents were having marital problems, he spent time with his grandparents, who taught him music and how to play the piano.

Sage auditioned in Episode 204 with his grandfather. Their audition consisted of playing the piano and singing "St. James Infirmary Blues". Piers Morgan buzzed the act. Although Morgan voted "No", Sharon Osbourne and David Hasselhoff both voted "Yes" to Sage, sending him to the Vegas Round. He continued alone in the competition. 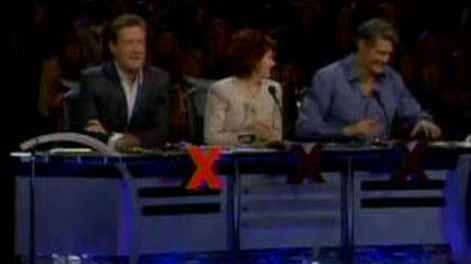 Sage was sorted into the "Music" category during the Vegas Round. His performance in Episode 205 was not televised. He proceeded to the shortlist, but was not sent through to the Semifinals, eliminating him from the competition in Episode 206.

Sage later became both an actor and a voice actor. In 2009 he played the Tattered Caroller in 'A Christmas Carol'. In 2010 he played Jake Turley in a singular episode of the TV Series 'Lie To Me', Leo in an episode of TV Series 'Closer', & Zane Forester in 'Piranha 3D'. In 2011 he played Kyle in an episode of 'Grey's Anatomy' and performed the song 'I Walk the Line' during another episode of the show, however the latter performance was uncredited. Additionally in 2011 he appeared as himself in the video 'Don't Scream, Just Swim: Behind-the-Scenes of 'Piranha 3D'', played Nick Sheppard in thirteen episodes of TV Series 'The Protector' and played Pete in the Disney video 'Spooky Buddies'. In 2012 he voiced Kid #2 in the Family Guy episode 'Livin' on a Prayer', played Robbie Redmond in TV Movie 'The Manzanis', and played Beau in 'My Uncle Rafael'. In 2014 he voiced the characters of Vaughan & Vance in an episode of Disney's 'Sofia the First'. In 2015 he voiced Safwan (Teen) in 'Bilal: A New Breed of Hero'. In 2018 he acted as a cinematographer for the short 'GPS (Girl Positioning System)'. In 2020 he played Chris in 'Caramel'.