America's Got Talent Wiki
Register
Don't have an account?
Sign In
Advertisement
in: Acts, Accepted Acts, Novelty Acts,
and 6 more

Judge Cuts
Samantha Hess was a cuddler act from Season 10 of America's Got Talent. She was eliminated in the Judge Cuts.

Samantha Hess owns a professional cuddling business in Portland, Oregon named "Cuddle Up To Me."

Hess started the business in 2013. "I was at a place where I thought paying someone to hug me and not have ulterior motives sounded like a great idea," says Hess. "I decided why can't this be a thing that we can easily and safely reach for?"

Before Hess opened her shop, she would meet clients at the locations of their choosing, now her cuddling studio offers four themed rooms with cameras. The sessions are recorded to ensure safety. [1]

Samantha Hess' audition in Episode 1001 consisted of cuddling Nick Cannon with techniques "The Cleopatra," "The Claw," and "Mother of Pearl." Howard Stern buzzed the act. After the audition, the four judges formed a pile on top of Nick on the couch. Although Howard voted "No," Heidi Klum, Mel B, and Howie Mandel all voted "Yes," sending Samantha to the Judge Cuts round. 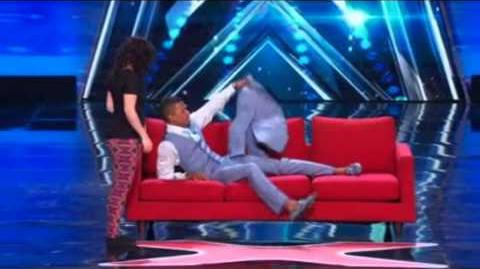 Samantha Hess's Judge Cuts performance in Episode 1008 consisted of cuddling guest judge Neil Patrick Harris with techniques "The Fortune Cookie", "The Sidewinder," and "The Romeo." Howard Stern (who buzzed before the performance began), Heidi Klum, Mel B, and Howie Mandel all buzzed the act, automatically eliminating Samantha from the competition. 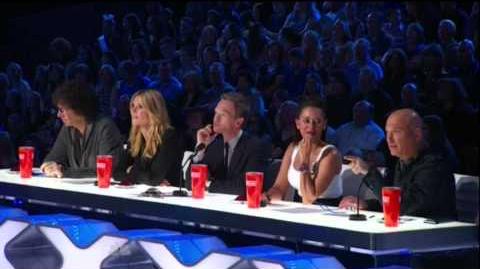 Samantha Hess is the first televised act to receive four buzzers in the Judge Cuts round.