Judge Cuts
Scott Heierman was a drag stand-up comedian act from Season 10 of America's Got Talent. He was eliminated in the Judge Cuts.

Scott Heierman is from Lexington, Kentucky. He works as a pizza delivery boy. He does not cross dress when he delivers pizza, but he keeps his pink eyebrows.

Scott Heierman's audition in Episode 1003 consisted of joking about his being adopted, being compared to his sister, and being a boy scout. Howard Stern, Heidi Klum, Mel B, and Howie Mandel all voted "Yes," sending Scott to the Judge Cuts round. 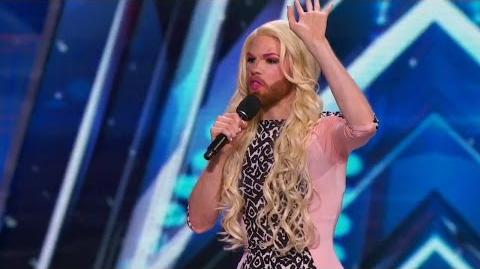 Scott Heierman's Judge Cuts performance in Episode 1009 consisted of performing a stand-up routine comparing his adoption with a store-bought cake. Unfortunately, Scott forgot most of his lines and broke down in tears while still on stage. The judges decided not to give Scott a second chance, eliminating him from the competition along with Shirley Claire, instead of Daniella Mass. 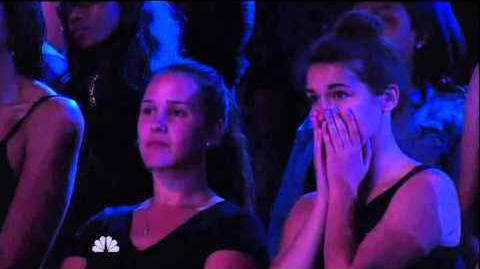