Sergey Korolev, born in Kazakhstan, graduated from the Republican Studio Variety Circus Arts in Tashkent in 1981 and received his circus acrobat degree. He has performed around the world, including Moscow, at the international festival of circus arts in Italy, Budapest, Japan, Finland, and the United States. He now performs hand balancing with his daughter Alexandra, who started performing at the age of 5 under the guidance of her father. Alexandra has also been featured in 2009 and 2010 on "Poland's Got Talent." [1]

Sergey and Sasha's audition in Episode 1001 consisted of hand balancing and head balancing feats such as Sasha rotating head-on-head with Sergey. Howard Stern, Heidi Klum, Mel B, and Howie Mandel all voted "Yes," sending the duo to the Judge Cuts round. 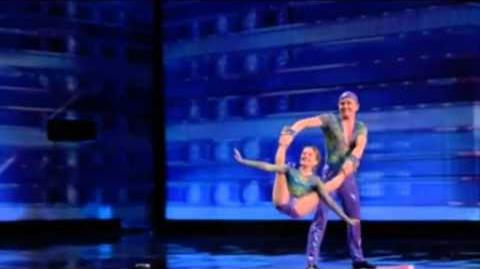 Sergey and Sasha did not perform in the Judge Cuts round, meaning they either withdrew or were cut by the judges before this stage of the competition.

Sergey and Sasha returned for Season 13. Their audition in Episode 1306 consisted of hand balancing and other acrobatic feats like Sasha balancing her head on Sergey's head as she spun around multiple times and juggled a pole with her feet the second time while Sergey climbed onto a ladder. Howie Mandel, Mel B, Heidi Klum, and Simon Cowell all voted "Yes", sending Sergey and Sasha to Judge Cuts. 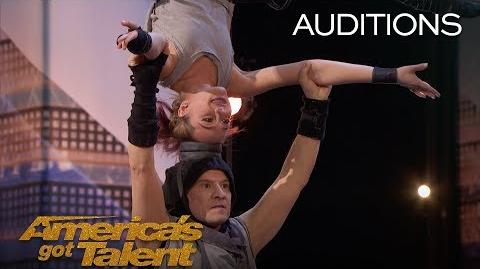 Sergey and Sasha's Judge Cuts performance in Episode 1310 consisted of performing acrobatic feats including Sergey and Sasha balancing on each other's hands, Sergey lifting up Sasha and then Sergey balancing Sasha on his head while climbing a ladder and walking across a balance beam. Howie Mandel, Mel B, Heidi Klum, Simon Cowell and guest judge Chris Hardwick gave them standing ovations. Their performance was not strong enough to advance to the Quarterfinals, eliminating them from the competition instead of Lord Nil.