Judge Cuts
Shirley Claire was a singer act from Season 10 of America's Got Talent. She was eliminated in the Judge Cuts.

In 1938, Shirley Claire began singing in front of a live audience - she was 10 years old. Two years later, she had a radio show on the Columbia Broadcasting System (CBS) and was discovered by Metro-Goldwyn-Mayer (MGM). After MGM, Shirley became an Earl Carroll Girl. Later, she was one of the orginal cover girls with the Jimmy Durante Show. She soon became a big band vocalist with the Jack Fina Orchestra. In 1962, Shirley toured the orient (a number of times) and entertained the troops with the Jack Ross Show.

In 2012, "Forever Young," a new reality show on the TV Land channel premiered. To kick off the new show, TV Land hired Shirley at age 84 for the six episode pilot. One year later, at the age of 31,047 days, Shirley was chosen by TV Land to promote the "Forever Young" show on live national TV talk shows. Shirley made promotional videos, with her own humor, for distribution on the internet. [1]

Shirley has had four previous husbands; three died, and she divorced the fourth. 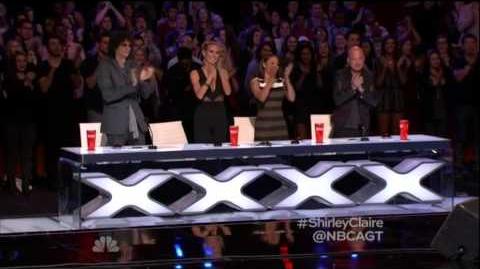 Shirley Claire's Judge Cuts performance in Episode 1009 consisted of singing Frank Sinatra's "The Best Is Yet To Come." Shirley's performance was not strong enough for the judges to send her to the Quarterfinals, eliminating her from the competition along with Scott Heierman, instead of Daniella Mass. 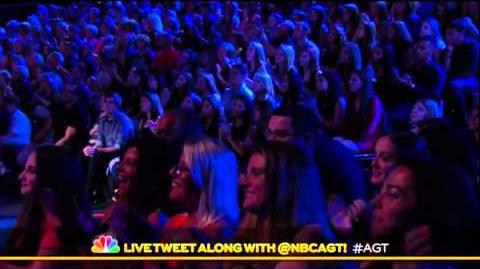