America's Got Talent Wiki
Register
Don't have an account?
Sign In
Advertisement
in: Acts, Dance Groups, Season 10 Acts,
and 3 more

Show Off Dolls was a dance group act from Season 10 of America's Got Talent. They were eliminated in the audition round.

The Show Off Dolls is a burlesque fusion dance company based out of Hollywood, CA, compiled of some of Los Angeles technically trained dancers and upcoming choreographers in the industry. The crew fuses hip hop, jazz, contemporary, & acrobatic dance with the traditional, tasteful style of burlesque. By melting different talents ranging from acting, singing, writing, dancing and choreographing, the Dolls aim to pay homage to the decades, which have inspired generations of dancers, performers and artists while embracing femininity, loving their bodies, and showing them off. The Dolls' performance credits include: Nicki Minaj, Chris Brown, Sean Kingston, We Are Heroes Crew, Trey Songs, LMFAO, Calvin Harris, Billboard Music Awards, SYTYCD Vegas, Britney Spears Femme Fatale Tour, House of Blues, and many more.

The Show Off Dolls caused quite a stir at MTV's America's Best Dance Crew auditions for Season 7, in which they performed their Marilyn Monroe/Rihanna mashup piece (video on the right). The Dolls made all three rounds of auditions and callbacks and received positive reviews from the producers and judges including Nappy Tabs, D-Trix and Rosero McCoy. The Show Off Dolls recently performed at the 8th Wonder choreography showase, the LA Femme Film Awards, Jete Cabaret as well as for private parties, yacht clubs, and most recently at the RAW Artists Visionary event at Boulevard 3. The Show Off Dolls performed along side the Show Off Dance Company, and are now nominated for "Performing Artist of the Year". The Dolls are currently shooting more dance / choreography videos, planning their web launch party / performance event and have recently gone in the studio and recorded their first material as a vocal performance group. [1]

Show Off Dolls' audition in Episode 1002 consisted of dancing as a group to LMFAO's "Sexy and I Know It." 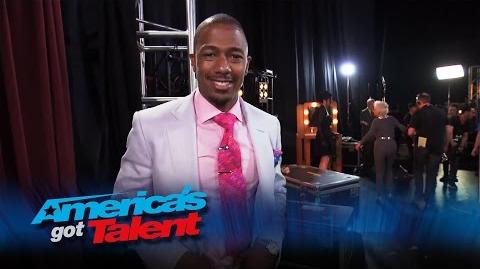