Skylar Katz is a rapper act from Season 11 of America's Got Talent. She was eliminated in the Judge Cuts.

Skylar Katz is from Melville, New York. [1]  Her birthday is December 12th. 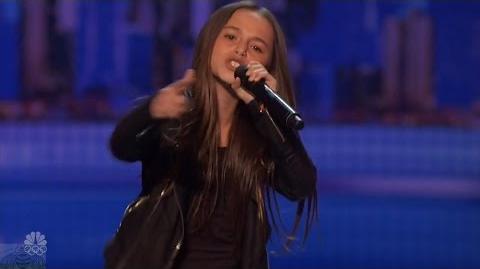 Skylar's Judge Cuts performance in Episode 1108 consisted of rapping a new song titled "Party Ain't A Party" about partying and using Instagram and Snapchat. Skylar's performance was not strong enough for the judges to send her to the Quarterfinals, eliminating her from the competition instead of Kadie Lynn. 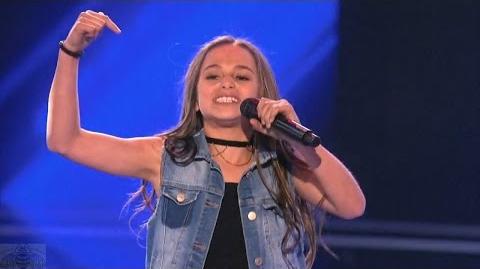 Retrieved from "https://agt.fandom.com/wiki/Skylar_Katz?oldid=154686"
Community content is available under CC-BY-SA unless otherwise noted.