Quarterfinalist
Sos and Victoria was a quick change duo from Season 11 of America's Got Talent. It was eliminated in the Quarterfinals.

World famous Quick Change artists Sos & Victoria Petrosyan perform their renowned "International Quick Change Show" of lightning-fast changes and hip dance moves. Sos and Victoria have appeared in acclaimed international shows. Their modern interpretation of the traditional art has won them many prizes at international magic competitions. Styled as "The New Generation of Quick Change", the Petrosyans revitalised the form by pumping it up with fashion, modern dance moves and upbeat music. Their shows feature an assortment of couture gowns fitted with Quick Change devices. Although some artists are keen to show as many characters as possible, quantity does not interest the Petrosyns. "We don't want to just show how many changes of costumes we can do. We want to tell a story with a combination of movement, dance and magic tricks. It's important to make it interesting for the public," says Sos Petrosyan, a former ballet dancer.

The Petrosyans' mastery of the craft is as much in their wardrobe techniques as their agility and timing. The pair spends hundreds of hours adjusting their costumes to ensure the switches are super smooth. "I have to make sure it looks good," Sos Petrosyan says. "We pay attention to the details. A thousand small things have to be changes so they all work well in sequence." Each costume is discarded after six to seven months to keep their presentation fresh. With the high turnover of costumes, the Petrosyans have become proficient designers and tailors. Sos and Victoria have designed and manufactured quick change outfits for special corporate clients to suit their individual needs. Furthermore they have produced full quick change acts (incl. costumes, music, styling and choreography). "We're always shopping for good fabrics… we travel all over the world with sewing machine," Victoria Petrosyan says.

Now based in Germany, the duo Petrosyans have performed in more than 38 countries. When they're not performing, they attend prestigious magic festivals and competitions. The pair has won top prizes at events such as Paris Magic Festival, International Festival in Budapest, Stage Competition in Moscow and more. They appeared at the number 1 Gala Show in the World Championship of Magic (FISM-2006 in Sweden).

Sos made his debut as a Quick Change artist in 1991. Five years later, his act became a double act when he met Victoria and the couple fell in love. [1]

They auditioned at Das Supertalent in 2011.

Sos & Victoria Petrosyan's audition in Episode 1104 consisted of performing a quick change act in which Victoria changed dresses very quickly seemingly through magic. The music used during the act was Fleur East's "Sax". Howie Mandel, Mel B, Heidi Klum, and Simon Cowell all voted "Yes", sending the duo to the Judge Cuts. 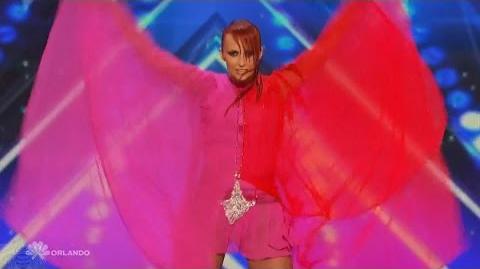 Sos and Victoria Petrosyan's Judge Cuts performance in Episode 1110 consisted of performing a quick change act in which Victoria changed dresses in a levitating box, through a hoop with curtains, and behind sparks. Sos and Victoria's performance was strong enough for the judges to send the duo to the Quarterfinals instead of John Hetlinger and Oksana Grishina. 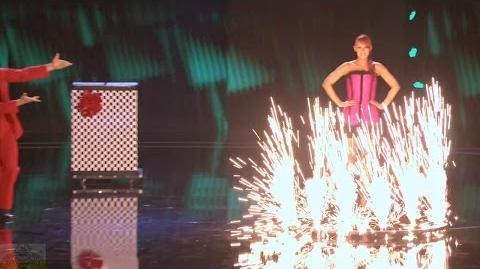 Sos and Victoria's Week 2 Quarterfinals performance in Episode 1113 consisted of performing a quick change act in which Victoria changed dresses behind cloths, inside booths, and underneath glitter, all to Meghan Trainor's "Me Too." Sos and Victoria did not receive enough votes to be sent to the Semifinals in Episode 1114, eliminating the duo from the competition instead of The Clairvoyants. 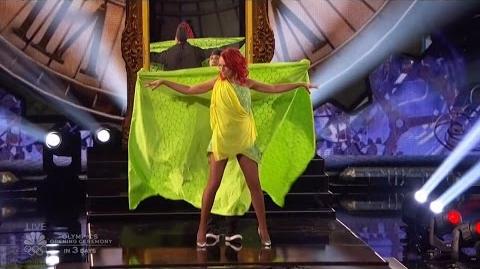 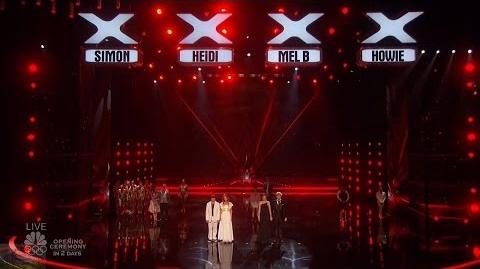 Sos and Victoria were the only act to perform last in the live shows of Season 11 who did not advance to the next round.

Sos and Victoria's son, Sos Petrosyan Jr., auditioned as a magician for Season 14.