America's Got Talent Wiki
Register
Don't have an account?
Sign In
Advertisement
in: Acts, Novelty Acts, Accepted Acts,
and 3 more

Vegas Round
Spontaneous Art was a novelty act from Season 8 of America's Got Talent. It was likely eliminated in the Vegas Round.

Trevor, the man involved in the act, is a cat trainer. He has been training cats for 15 years, and he learned his skills from his family.

Spontaneous Art's audition in Episode 805 consisted of a large fake cat meowing, coughing up a fake hairball, and pooping fake feces. Mel B buzzed the act. The full verdict was not televised, but the act got a least 3 yesses to advance to the vegas round. 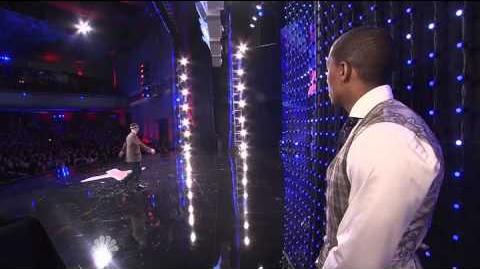 Spontaneous Art was not present during the vegas round, meaning they were either cut or withdrawn before the Vegas Round.