America's Got Talent Wiki
Register
Don't have an account?
Sign In
Advertisement
in: Acts, Accepted Acts, Novelty Acts,
and 6 more

Quarterfinalist
Sprice was a Rube Goldberg machine builder act from Season 8 of America's Got Talent. He was eliminated in the Quarterfinals.

Steve Price, also known as Sprice, is a Rube Goldberg machine builder from Canton, Michigan. He is currently an honors student at Michigan State University, majoring in mechanical engineering. Sprice always had an aptitude for building and designing things, and about six years ago, he started to combine toys and everyday objects to create intricate Rube Goldberg chain reactions. His YouTube videos have gained over 1,000,000 views. 1

Sprice's audition in Episode 803 consisted of demonstrating a Rube Goldberg machine that he spent three days working on that ended in a ball rolling into a soccer goal. Howard Stern, Heidi Klum, Mel B, and Howie Mandel all voted "Yes," sending Sprice to the Vegas Round. 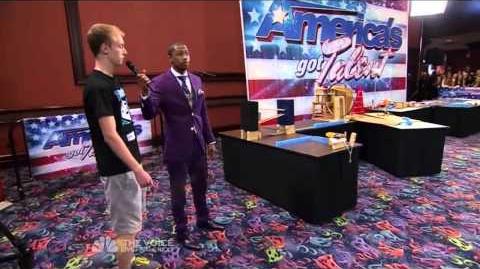 Sprice was one of thirty acts to advance straight to the Quarterfinals in New York without performing in Las Vegas in Episode 808.

Sprice's Week 5 Quarterfinals performance in Episode 818 consisted of presenting a Rube Goldberg machine with empty water jugs, light bulbs, flyswatters, and fans, that culminated in fireworks being lit. Sprice did not receive enough votes to be sent to the Semifinals in Episode 819, eliminating him from the competition. 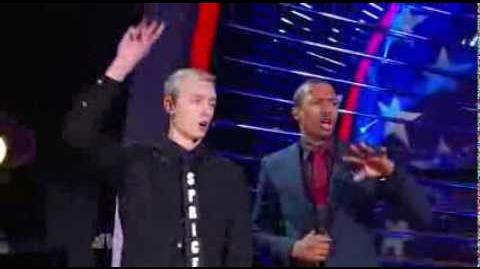