Super Famous Mike was a manualist act from Season 13 of America's Got Talent. He was eliminated in the audition round.

Super Famous Mike's audition in Episode 1301 consisted of squeezing his hands together to "America the Beautiful." Iain Brown, Mel B, Heidi Klum, and Simon Cowell all buzzed the act. Howie Mandel re-joined the panel before voting took place. He, Mel B, Heidi, and Simon all voted "No," eliminating Mike from the competition. 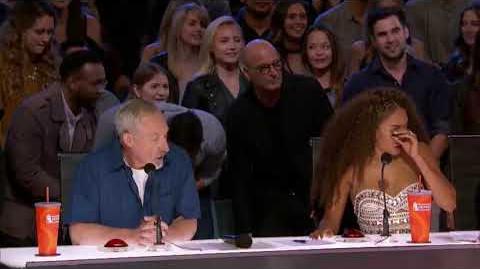 Super Famous Mike appeared on the second season premiere of The Gong Show squeezing his hands to Britney Spears' "Baby One More Time". He was gonged by judge Fred Armisen.

Retrieved from "https://agt.fandom.com/wiki/Super_Famous_Mike?oldid=119920"
Community content is available under CC-BY-SA unless otherwise noted.