America's Got Talent Wiki
Register
Don't have an account?
Sign In
Advertisement
in: Acts, Accepted Acts, Impressionists,
and 5 more

Vegas Round
Take Two was a Sharon Osbourne and Ozzy Osbourne impersonator act from Season 7 of America's Got Talent. They were eliminated before the Vegas Round.

Sharon Daniels, who impersonates Sharon Osbourne in Take Two, is a talented and versatile comic impressionist and celebrity impersonator. At an early age she exhibited the ability of vocal mimicry by duplicating the voices of teachers, parents and friends. Honing her skills in stand up comedy clubs, Sharon has developed a wide range of hilarious impersonations of comedians, actors, vocalists, and well known personalities, both female and male.

Her range includes not only celebrity voices, but duplication of foreign or regional accents. She has a successful show of impersonations, comedy and singing... does radio and TV spots... and was featured on the Oprah Winfrey Show, was a finalist on 30 Seconds To Fame, and had a recent spot on the Tonight Show. Sharon was awarded the "Cloney" in Las Vegas for Best Female Celebrity Impressionist by the International Guild of Celebrity Impersonators and Tribute Artists in 2003 and 2004.

Sharon Daniels is also a lyricist. She enjoys writing poems on all subjects and for all occasions, and recently wrote and sang lyrics to a tune that was just released by World Domination Music Ltd. in 2007, called "Building Dreams". 1

Take Two's audition in Episode 709 consisted of singing "Putting On the Ritz". Sharon Osbourne and at least one other judge voted "Yes," sending the act to the Vegas Round. 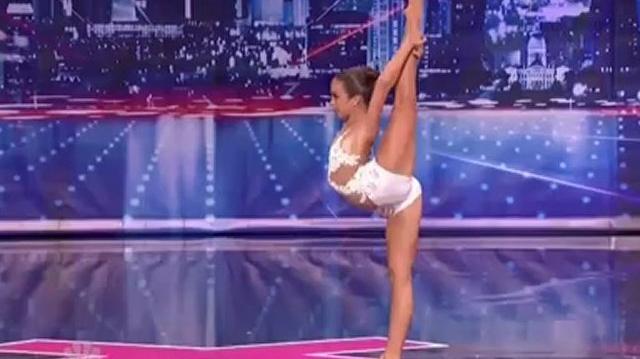 Take Two did not compete in the Vegas Round, meaning they were either cut or withdrew before this stage of the competition.