None
The Costume Kings was a novelty act from Season 10 of America's Got Talent. They were was eliminated in the audition round.

The Costume Kings is a non-profit organization hiring and networking a world database of cosplayers and enthusiasts to take their characters and talents to new heights through appearances at any fund raising or charitable events local to their area or community by killing with kindness and bringing joy, happiness, and positive energy to any and all events where The Costume Kings are represented. The group offers a worldwide pool of cosplayers, costumers and other talented people for events, from parties, fundraising, awareness, outings, concerts and more, to mere subtle "pick me ups". [1]

The Costume Kings' audition in Episode 1002 consisted of members in costumes depicting a wolf lopping a man's head off while three skeletons watch. Howard Stern and Heidi Klum both buzzed the act. Howard and Heidi voted "No," eliminating the group from the competition. 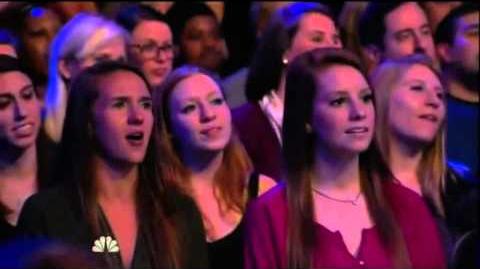