Semifinalist
The EriAm Sisters were a vocal trio act from Season 4 of America's Got Talent. They were eliminated in the Semifinals.

"EriAm" stands for Eritrean-American; the EriAm Sisters trio wanted a name that would highlight the uniqueness of their cultural makeup and international aspect of their journey. The EriAm Sisters come from a musically and culturally diverse family. Their parents were born in an East African country named Eritrea. As for the group, Lianda and Salina were born in Amsterdam while younger sister Haben was born in Seattle. This history is not possible Since age two, the sisters have been belting out songs in more than one language. It wasn't until Haben was seven that their musical gifts were noticed at their school. Haben's music teacher told the parents that Haben is an exceptionally brilliant singer, actor, and performs with grace and ease of a seasoned professional. Similar comments were flowing for Salina and Lianda. [1]

The EriAm Sisters' audition in Episode 401 consisted of singing Jackson 5's "I Want You Back" as a group. Piers Morgan, Sharon Osbourne, and David Hasselhoff all voted "Yes", sending the trio to the Vegas Round. 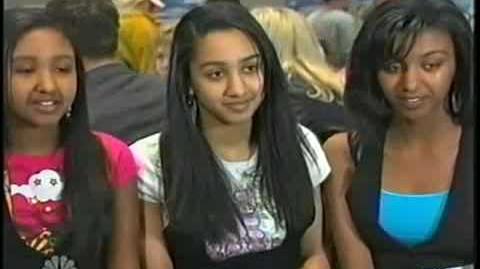 The EriAm Sisters appeared without performing in the Vegas Round. The trio's audition was strong enough for the judges to send it to the Quarterfinals in Episode 412.

The EriAm Sisters' Quarterfinals performance in Episode 419 consisted of singing Beyoncé's "Crazy in Love" as a group. The sisters received enough votes to be sent to the Semifinals in Episode 420 along with Drew Stevyns. 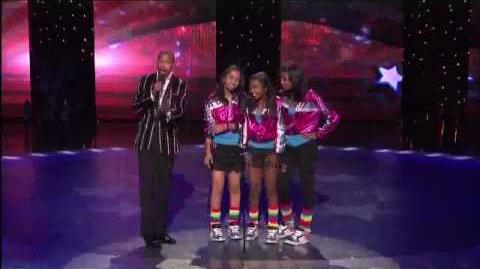 The EriAm Sisters' Week 2 Semifinals performance in Episode 423 consisted of singing Stephen Schwartz's "When You Believe" as a group. The EriAm Sisters did not receive enough votes to be sent to the Finals, eliminating the trio from the competition in Episode 424 instead of Barbara Padilla, Drew Stevyns, and Lawrence Beamen. 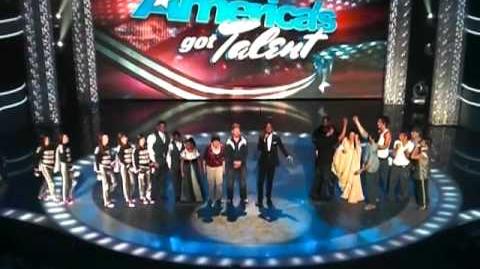 EriAm's fan-base has viewed the EriAm Sisters' recorded performances and profile over 7,000,000 times on YouTube. They appeared on National TV, radio, magazines and have performed in various celebrity events, including a VIP event at the Disney World. The talented trio have received a Key to the City of Renton as recognition of their extraordinary talent and musical contribution in the Community. The sisters write their songs and choreograph their moves meticulously. The first song they wrote stood number 1 for 5 weeks on Hot 105.7, a major Clearchannel radio in Alabama.

In summer 2013, they completed a tour to Europe, Middle East and Africa where they were honored with a presidential dinner. "We want to be the next big thing", they proclaim, determined. [2]