America's Got Talent Wiki
Register
Don't have an account?
Sign In
Advertisement
in: Acts, Contortionists, Novelty Acts,
and 5 more

Judge Cuts
The Flying Morgans was a circus group act from Season 11 of America's Got Talent. They were eliminated before the judge cuts.

The Flying Morgans' audition in Episode 1105 consisted of two members moving what appeared to be a doll around, twisting and turning it, and then revealing the "doll" was a real contortionist person. Simon Cowell buzzed the act. Whether or not the group progressed in the competition was not televised. 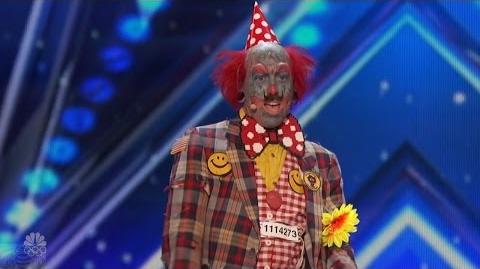