Quarterfinalist
The Future Kingz were a dance group act from Season 13 of America's Got Talent. They were eliminated in the Quarterfinals in the Judges' Choice.

The Future Kingz are a highly regarded dance troupe that earned the opportunity to perform alongside Chance the Rapper and Vic Mensa, among others. They placed 2nd at World of Dance Chicago in 2015. They run a popular YouTube channel where their performance set to the song "How Bow Dah?" has earned over 2 million views. [1]

The Future Kingz's audition in Episode 1303 consisted of performing a hip-hop dance routine to G-Eazy's No Limit, and Kendrick Lamar's "HUMBLE". Howie Mandel, Mel B, Heidi Klum, and Simon Cowell all voted "Yes," sending the group to the Judge Cuts. 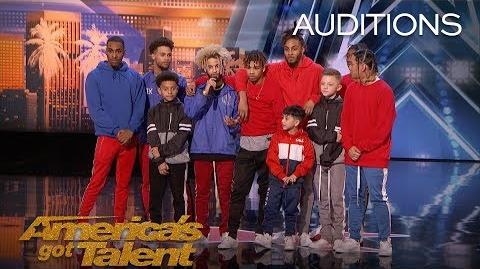 The Future Kingz' Judge Cuts performance in Episode 1308 consisted of dancing to a medley of "Finesse" by Bruno Mars, "Poison" by Bell Biv DeVoe and "U Can't Touch This" by MC Hammer. Mel B, Heidi Klum, Simon Cowell, and guest judge Olivia Munn gave them standing ovations. Their performance was strong enough for the judges to send them to the Quarterfinals instead of Reyes del Swing. 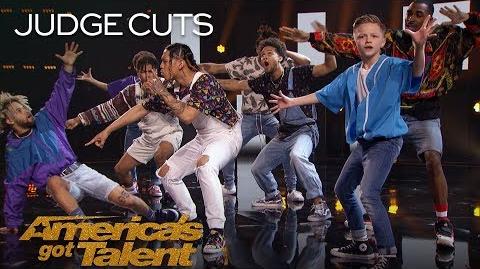 The Future Kingz' Week 3 Quarterfinals performance in Episode 1315 consisted of dancing a routine to "Power" by Kanye West. Howie Mandel and Simon Cowell gave them standing ovations. The Future Kingz finished in sixth, seventh or eighth place in America's Vote. In the Dunkin' Save, they received fewer online votes than Daniel Emmet, In the Judges' Choice, Simon Cowell voted for them, but Mel B, Heidi Klum, and Howie Mandel did not, eliminating them from the competition in Episode 1316 instead of Aaron Crow. 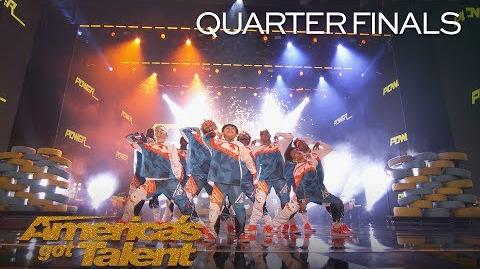