Judge Cuts
The Ken Project was a burlesque dance group act from Season 10 of America's Got Talent. They were eliminated before the Judge Cuts.

The Ken Project is a male burlesque group that performs at The Dollhouse in New York City. Think the movie "Magic Mike" meets Chip and Dales dancers with a modern, urban twist sort. Their show is filled with creative dance numbers, infectious performances, a fusion of R&B, Hip Hop and Pop music, with touches of comic relief. [1]

The Ken Project's audition in Episode 1003 consisted of dancing as a group to Ginuwine's "Pony." Heidi Klum, Mel B, and at least one other judge voted "Yes," sending the group to the Judge Cuts round. 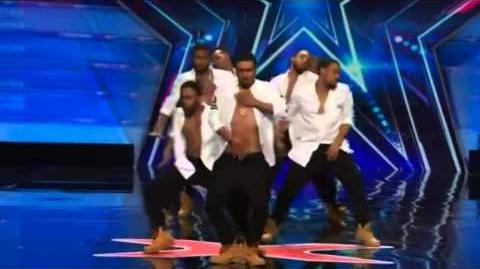 The Ken Project did not perform in the Judge Cuts round, meaning they either withdrew or were cut by the judges before this stage of the competition.