The Magic of Anthony Reed

The Magic of Anthony Reed

Vegas Round
The Magic of Anthony Reed was a magician act from Season 2 of America's Got Talent. He was eliminated in the Vegas Round.

Like most world-renowned magicians, Anthony Reed’s interest in the art was sparked at a young age and became a full passion by age 16. His talent was quickly recognized by several of the worlds top illusionists who mentored him for several years. Guidance at a young age, combined with many years of hard work, study, training and performances all over the world have helped Anthony become the skilled and well-rounded performer that he is today.

From 1994-1999, Anthony produced and starred in his own dinner show at the Hotel Nikko Guam which quickly became the hotel’s top money making ventures and one of the most successful tourist attractions in the Pacific Islands. In May of l999, Anthony received international recognition when he was invited to perform his illusion “The Drowning Pool” on NBC’s prime-time show “The World’s Most Dangerous Magic II.” After returning to the U.S., Anthony was a favorite featured performer alongside the Osmond Brothers and Tony Orlando at Branson’s Osmond Family Theater for 3 successful seasons.

In 2001, Anthony was asked by Baldyga Group International to open and star in their newest venue, SandCastle Saipan. This show, which opened in May of 2002, ran through May 2006, included the unique style of illusions and exotic birds alongside SandCastle’s signature Royal White and Bengal tigers.

After a 2-year successful touring show accross the United States and featured performances in Las Vegas, Anthony was again asked by the Baldyga Group International to breathe new life into their largest property. 1

The Magic of Anthony Reed's audition in Episode 204 consisted of using fire to make his assistant appear, making three doves appear, and turning the doves into a duck. Piers Morgan, Sharon Osbourne, and David Hasselhoff all voted "Yes", sending Anthony to the Vegas Round. 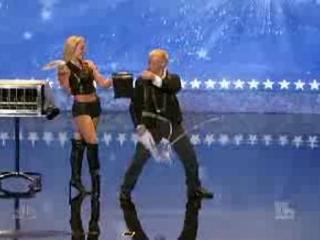 The Magic of Anthony Reed was sorted into the "Variety" category during the Vegas Round. His performance in Episode 205 consisted of being chained and locked inside a water tank, and then switching places with his assistant. Anthony proceeded to the Top 35 shortlist, but was not sent through to the Semifinals, eliminating him from the competition in Episode 206.