America's Got Talent Wiki
Register
Don't have an account?
Sign In
Advertisement
in: Acts, Season 1 Acts, Accepted Acts,
and 12 more

2nd/3rd Place
The Millers were a singer/guitarist and harmonicist duo act from Season 1 of America's Got Talent. They finished the competition in either 2nd or 3rd Place.

The Millers are from Lafayette, Indiana. The duo consists of older brother Cole Miller on guitar and vocals, and younger brother LD Miller on harmonica and backing vocals. Both are also part of the Clayton Miller Band. [1]

The Millers' audition in Episode 103 consisted of performing "Sweet Home Alabama" with both brothers singing, the older playing the guitar and the younger playing the harmonica. Piers commented that the younger brother had a terrible singing voice, but had strong harmonica playing skills. Piers Morgan, Brandy Norwood, and David Hasselhoff all voted "Yes," sending the act to the Semifinals. 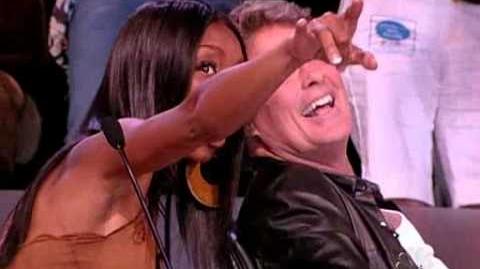 America's Got Talent - The Millers 1
Audition

The Millers' Semifinals performance in Episode 104 consisted of Cole singing and playing the guitar and LD playing the harmonica to "Use Me." Piers Morgan, Brandy Norwood, and David Hasselhoff all gave The Millers "✓" votes. The judges chose the duo as their Week 1 pick to move onto the Finals that same episode without being voted on by America. 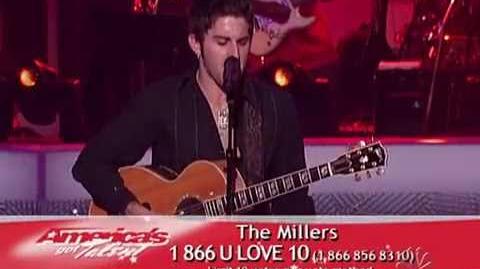 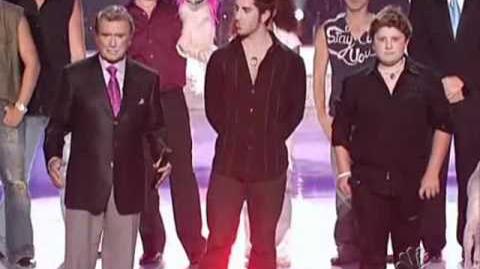 Before their performance, The Millers were guided by celebrity coach John Popper. The Millers' Finals performance in Episode 114 consisted of performing "Hard to Handle," and this time, they performed with a backup band. Although Piers Morgan voted "No," claiming the brothers focused too much on the older brother when they should have promoted LD and his harmonica playing,  Brandy Norwood and David Hasselhoff both gave The Millers "✓" votes. 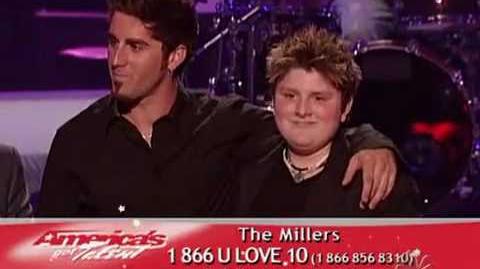 At the finale, The Millers were eliminated from the competition after it was revealed that they finished the competition in Episode 115 in either 2nd or 3rd Place. Neverthless, they were awarded with a 2007 Dodge Caliber RT for coming close along with All That.