Quarterfinalist
The PAC Dance Team were a dance group act from Season 13 of America's Got Talent. They were eliminated in the Quarterfinals.

PAC Dance Team is a public school dance troop from Walden Grove High School. The group is 4 time winners of the state championship in varsity hip-hop. [1]

The PAC Dance Team's audition in Episode 1306 consisted of performing a dance, dressed as characters from The Wizard of Oz, to Cypress Hill's "Insane in the Brain". Howie Mandel buzzed the act 1. Although Howie Mandel voted "No", Mel B, Heidi Klum, and Simon Cowell voted "Yes", sending the group to the Judge Cuts. 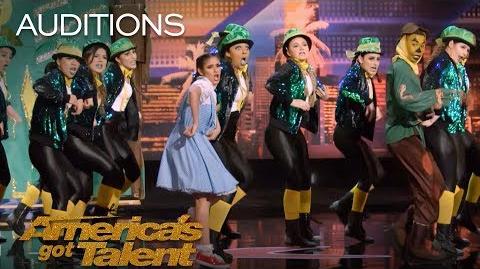 The PAC Dance Team's Judge Cuts performance in Episode 1309 consisted of performing a routine inspired by Alice in Wonderland. Howie Mandel and Mel B buzzed the act although her buzz was was not televised. [2] Howie said to the group, "This show is so much more than just a high school dance team." Nevertheless, The PAC Dance Team's performance was strong enough for the judges to send them to the Quarterfinals. 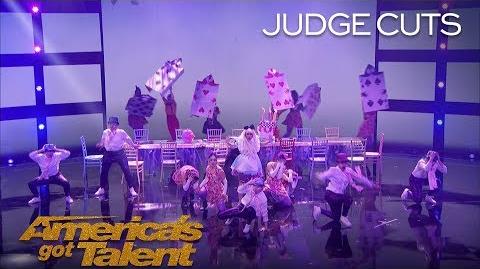 The PAC Dance Team's Week 1 Quarterfinals performance in Episode 1311 consisted of performing a dance routine inspired by Charlie and the Chocolate Factory. They did not receive enough votes to advance to the Semifinals in Episode 1312, eliminating them from the competition along with Flau'jae instead of We Three. 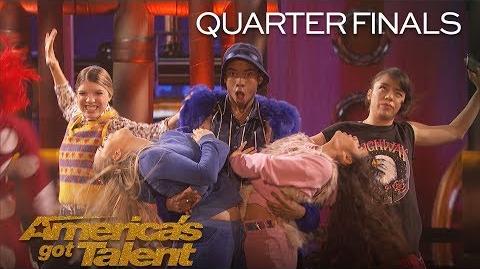 The PAC Dance Team performed a Harry Potter-inspired routine at their school's Homecoming festivities in 2018. It has since gone viral.