None
The Rope Warrior was a novelty act from Season 10 of America's Got Talent. He was eliminated in the audition round.

Guinness World Record Holder David Fisher, AKA The Rope Warrior, has jumped his way into books, TV shows, countless live shows and, now, a series of energetic music albums and his own instructional books. The Rope Warrior is now the Rock And Rope warrior, teaching kids and adults everywhere to get in shape while having fun.

David Fisher’s jump rope tricks, stunts, extraordinary speed and record-breaking jumps have been seen on over 100 national television programs, including The Today Show, Good Morning America, The NBC Nightly News, Sportscenter and CNN. His agility and skill have won him the title of World’s Greatest Rope Jumper by Ripley’ Believe It Or Not! as well as a Guinness World Record. The Rope Warrior shows aspiring jump ropers how they can become rope stunt men and record holders themselves and amaze friends and family with incredible speed and agility. [1]

The Rope Warrior's audition in Episode 1006 consisted of blowing up a large pink balloon, climbing inside the balloon, and bouncing around in it. Howard Stern and Heidi Klum buzzed the act. Howard and Heidi voted "No," eliminating the act from the competition. 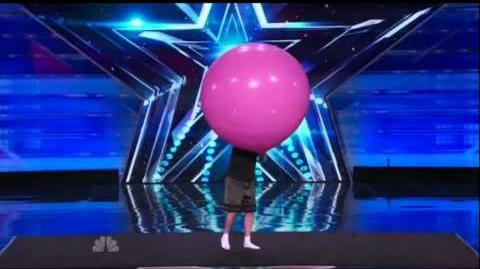