The Southern Belles were a clogging group act from Season 3 of America's Got Talent. They were eliminated in the Vegas Round.

The Southern Belles is a contemporary clogging troupe with a unique style. They incorporate various dance techniques into their exhibitions that create a dance performance unlike any other. Their talents have given them the opportunity to entertain audiences around the world at at folklore festivals, corporate events and extravagant productions. The Southern Belles’ abilities have catapulted them to the top of the list of America's most adored and sought after entertainment groups. The majority of them have been dancing together since they were just 4 or 5 years old. Although their dancing interest may have started as a fun, after-school hobby, their dedication to this art has provided them the opportunity of making their passion for dance their life long career.

The Belles travel primarily within the southeast United States, to compete for various dance titles. They are at the top of their game within the competitive dance circuit. To date, the Belles are one of the best competitive dance teams the dance world has ever produced. In addition to their busy competition schedule, the Belles are constantly on the go in the entertainment industry. During the summer months, they spend their time performing in Branson, Missouri at Silver Dollar City Theme Park. The Belles also perform an average of four times per year for Aaron Rents Furniture NASCAR events as well. Their charitable efforts are incredible, and professional entertainment is unparalleled.

The Southern Belles take pride in setting the example as entertainers, as well as community service leaders. They have traveled as far as Norway to support the Red Cross, and are actively involved in funding children’s health care through their support of CURE Childhood Cancer and Children’s Healthcare of Atlanta. Their most recent community service opportunities include promoting our 2009 Golf Tournament to benefit Shepherd Center of Atlanta, Georgia, and participating in the 2008-2011 Children’s Healthcare of Atlanta Christmas Parades (2-10 Featured Opening Act Entertainment), and as the opening entertainment for Jeff Foxworthy’s Charity Concert “Backyard Bash." 1

The Southern Belles's audition in Episode 303 consisted of clogging as a group to "Are You Gonna Be My Girl". Piers Morgan, Sharon Osbourne, and David Hasselhoff all voted "Yes", sending the group to the Vegas Round. 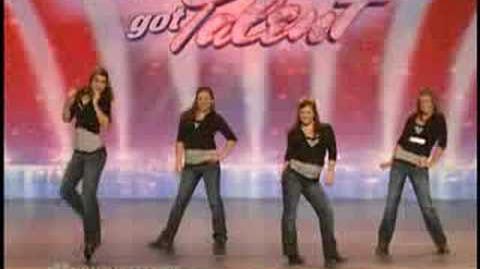 The Southern Belles was one of the Variety Acts in the Vegas Round. It was sorted into the "Dance" category. Its performance in Episode 308 was not fully televised, but it consisted of another tap dancing routine. The group's audition was strong enough for the judges to include it in the Top 60 shortlist, but it was not sent to the Top 40 Quarterfinals, eliminating it from the competition in Episode 309. 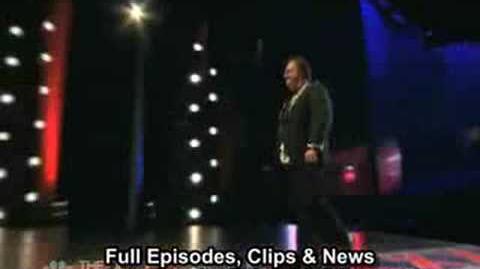 Retrieved from "https://agt.fandom.com/wiki/The_Southern_Belles?oldid=44680"
Community content is available under CC-BY-SA unless otherwise noted.