Judge Cuts
The Squad was a dance group act from Season 10 of America's Got Talent. They were eliminated in the Judge Cuts.

The Squad is from Los Angeles, California. The 11 dancers on the team used to compete against each other, but their choreographer Scott Forsyth brought the all-star team of captains and choreographers from competitive teams in Southern California together.

The Squad's audition in Episode 1004 consisted of dancing as a group to Jessie J's "Burnin' Up" and Flo Rida's "GDFR." Howard Stern, Heidi Klum, Mel B, and Howie Mandel all voted "Yes," sending the group to the Judge Cuts round. 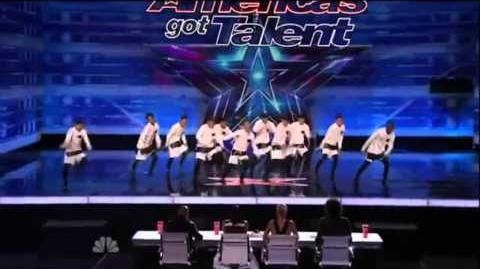 The Squad's Judge Cuts performance in Episode 1010 consisted of dancing to Fifth Harmony's "Worth It." One dancer managed to perform a flip he had injured himself trying in the group's final rehearsal. The group's performance was not strong enough for the judges to send it to the Quarterfinals, eliminating it from the competition along with Randy Roberts, instead of Animation Crew. 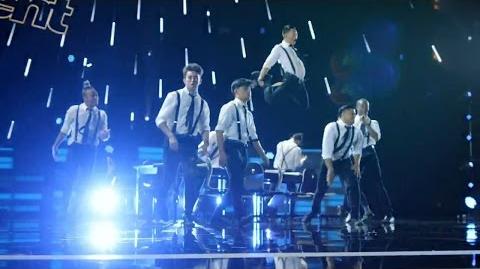