America's Got Talent Wiki
Register
Don't have an account?
Sign In
Advertisement
in: Acts, Animal Acts, Season 11 Acts,
and 6 more

None
The Surrealists was a snake act from Season 11 of America's Got Talent. They were eliminated in the audition round.

The Surrealists are a magical trio of performers who have wowed audiences across the globe. They competed with the best of the best on Penn and Teller's "Wizard Wars" on SyFy. They performed for TruTV viewers and judges on "Fake Off". Spidey and Joel shared the stage with Penn and Teller for a second time on "Fool Us".

With backgrounds in close up magic, grand illusion and mentalism, The Surrealists attempt to push boundaries through magic that includes interaction with technology, big stunt illusions and much more, creating a performance that is anything but traditional.

Hailing from St. Louis, MO., Los Angeles, CA. and Montreal, Canada respectively, performers Joel Meyers, Joseph Réohm and Spidey may have different styles and origins, but they do have one thing in common: magic was a childhood dream and passion. As a result of their mutual success in the magic world, these three guys have become so close, they consider themselves brothers. [1]

The Surrealists' audition in Episode 1105 consisted of inviting Mel B to reach inside a paper bag. After she found out a snake was inside it, she ran away from the stage. Although Howie Mandel voted "Yes," Mel, Heidi Klum, and Simon Cowell all voted "No," eliminating the act from the competition. 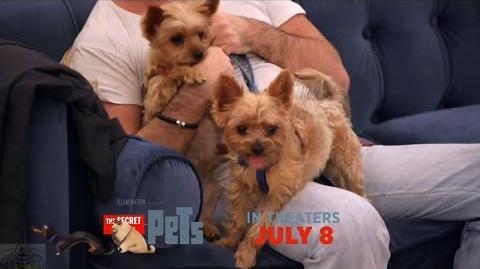