The Texas Tenors are based in Houston, Texas. At the time of their audition, the three vocalists were "three southern-midwestern boys pinching every penny." One ran a small business for a living, another was a starving artist, and the third was unemployed. The group was put together three months before their audition.

From Alabama to Puccini, John Hagen, Marcus Collins and JC Fisher bring their unique blend of country, gospel, classical and broadway to the stage. [1]

The Texas Tenors' audition in Episode 406 consisted of singing Alabama's "Mountain Music" as a group. Piers Morgan, Sharon Osbourne, and David Hasselhoff all voted "Yes", sending the trio to the Vegas Round.

The Texas Tenors appeared without performing in the Vegas Round. The group's audition was strong enough for the judges to send it to the Quarterfinals in Episode 411. 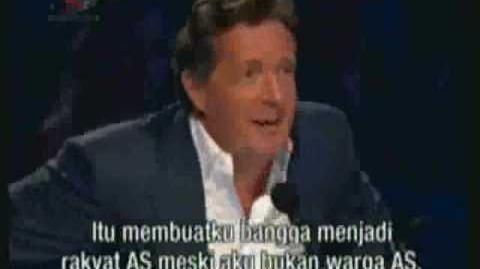 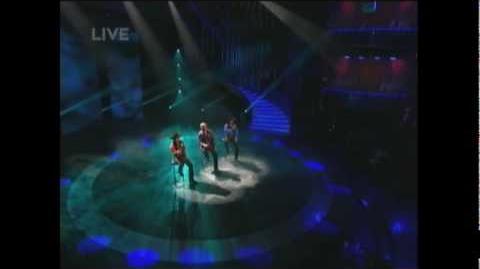 The Texas Tenors' Finals performance in Episode 425 consisted of singing Frank Sinatra's "My Way" as a group. 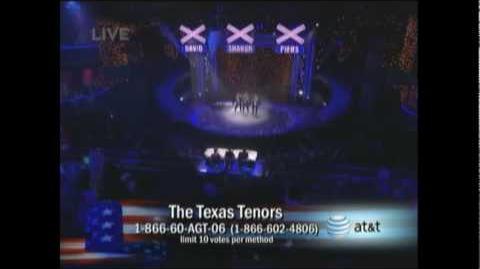 The Texas Tenors received enough votes to be included in the Top 5 in Episode 426 instead of Fab Five. The trio was revealed to have finished in fourth place in the competition that same night, in front of The Voices of Glory, but behind Kevin Skinner, Barbara Padilla, and Recycled Percussion.

Since their whirlwind debut nine years ago on NBC’s America's Got Talent, The Texas Tenors have accumulated a long list of awards, accolades and an enthusiastic fan base, including three Emmy Awards for the PBS special You Should Dream. They have performed more than 1300 concerts around the world including a 24-city tour of the United Kingdom and China, and collaborations with some of the most prestigious symphonies in the United States including the Cleveland Pops, Houston Symphony and the Pittsburgh Symphony to name a few. People are clearly enjoying their talent as they were recently named the #10 Classical Crossover Artist in the world according to Billboard magazine. In 2018, The Texas Tenors made their Canadian debut at the world-renowned Toronto Royal Conservatory of Music.

The Texas Tenors new album RISE was released on Sept. 8, 2017 and debuted at #1 on the Billboard Classical Chart. RISE is the quintessential collection of music for the classical crossover genre.

RISE features a 65-piece orchestra and full choir with original orchestrations. From John Denver’s “Take Me Home, Country Roads” to “E lucevan le stelle” from Puccini’s Tosca, RISE showcases the wide-ranging talent of JC Fisher, Marcus Collins and John Hagen, who pour their heart and soul into favorites such as “Desperado,” Bruno Mars' “Just the Way You Are” and a stirring rendition of “God Bless America.” The new album also features a duet with Rock & Roll Hall of Fame Inductee Bill Medley of The Righteous Brothers on the iconic “You've Lost That Lovin' Feelin'.” Along with the title song, The Texas Tenors debut several more originals including the haunting ballad “I Don't Want to Let You Go” and the electrifying, boot scootin’ “Bootdaddy.” [2]

The Texas Tenors returned for The Champions.  Their performance in Episode TC04 consisted of singing Unchained Melody by The Righteous Brothers.   Howie Mandel , Mel B , Heidi Klum and Simon Cowell all gave them standing ovations.  The Texas Tenors did not receive enough votes to advance to the night's Top 3, eliminating the trio from the competition.