The Voices of Glory

The Voices of Glory

5th Place
The Voices of Glory was a vocal trio act from Season 4 of America's Got Talent. The trio finished the competition in 5th place.

Michael, Avery, and Nadia Cole “The Voices of Glory” are a group of siblings who started singing together in 2007 after their mother, Felicia, was in a head-on car collision with a drunk driver, which landed her in a coma. They serenaded their mother for months and she eventually came out of the coma and started rehabilitation. They started traveling to nursing homes and other hospitals in an effort to help other patients. [1]

The Voices of Glory's audition in Episode 401 consisted of singing "God Bless America" as a group. Piers Morgan, Sharon Osbourne, and David Hasselhoff all voted "Yes", sending the trio to the Vegas Round. After the performance, the judges invited the group's mother to the stage to praise her for raising great children.

The Voices of Glory appeared without performing in the Vegas Round. The trio's audition was strong enough for the judges to send it to the Quarterfinals in Episode 412. 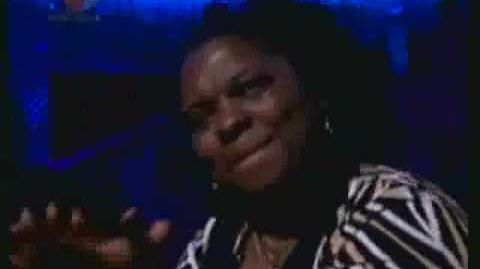 The Voices of Glory's Finals performance in Episode 425 consisted of singing Whitney Houston's "The Greatest Love of All" as a group. Piers Morgan, Sharon Osbourne, and David Hasselhoff all gave the trio standing ovations.

The Voices of Glory received enough votes to be included in the Top 5 in Episode 426 instead of Lawrence Beamen. The trio was revealed to have finished in fifth place in the competition that same night, behind Kevin Skinner, Barbara Padilla, Recycled Percussion, and The Texas Tenors.

Voices of Glory made their rounds at a number of key events these last years; beginning with a slot as presenters and performers during the preshow of gospel music’s biggest night, the 41st Annual GMA Dove Awards. They soon had a recording contract, their own music show in Branson, Missouri, and an opportunity to sing before a crowd of more than 18,000 in Madison Square Garden.

In May 2010, the family story was aired nationally on Fox News network, as a mother’s day weekend special. The popular “Jet Magazine” also ran a story on the family for their mother’s day special, and “Gospel Today” ran a story on the Voices Of Glory in their “Buzz” section. In 2010, Voices of Glory also began performing at the “World Famous Arena,” Madison Square Garden during a celebration for Martin Luther King. The performance took place during the New York Knicks game against the Detroit Pistons.

As the Voices Of Glory continues to make news around the world, they have repeatedly said and truly believe, “That all the glory be to God. We want to go as far as we possibly can and let God take us wherever he wants to,” says Michael Cole of his hopes for the group and their music. “Just let Him, let us be his instruments and just allow us to go as far as possible.”

Continuing with their international success, Voices of Glory spent Christmas of 2011 & 2012 spreading Gods message and performing in the famous Blackforest town of Triberg in Southern Germany. June of 2012 the group was slated for a tour in South Africa. [2]