Vegas Round
Tim Poe was a singer and guitarist act from Season 7 of America's Got Talent. He was eliminated in the Vegas Round, taped before allegations of fraud were reported.

Tim claimed that he spent fourteen years in the military during the War in Afghanistan, helping to clear buildings and help the wounded. In 2009, he was hit by a rocket-propelled grenade. As a result of the blast, he developed a brain injury that affected his speech, causing him to stutter profusely. When his speech pathologist suggested that Tim sing in his shower to help with his stuttering, he discovered his singing ability. In 2011, his wife convinced him to audition for America's Got Talent, so he did.

Recently, evidence has arisen from soldiers claiming to have spent time with him during the war that Tim Poe faked his history. Some have even stated that he only spent a month in the Afghanistan before leaving because of an irritating ear infection. 1 A statement from the Minnesota National Guard also discredits Tim's claims, 2 as well as statements from other soldiers. 3 Tim Poe's ex-wife has stated that Tim Poe has been abusive and had cheated on her. He had also been the singer of a band for four years before the audition. 4 Tim has fired back at these allegations, claiming that he told the truth, or at least believed everything he said. A picture he sent supporting his claim of being a war veteran was nailed down when discovered that the picture was not actually of himself. 5

Hypothetically, the release of information during the competition would have disqualified him immediately.

Tim Poe's audition in Episode 707 consisted of singing "If Tomorrow Never Comes" while playing the guitar. Howard Stern, Sharon Osbourne, and Howie Mandel all voted "Yes," sending him to the Vegas Round. 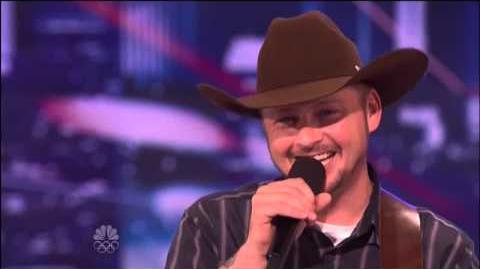 Tim Poe was one of the Judges' Favorites in the Vegas Round. He was sorted into the "Male Singers" category. His performance in Episode 712 consisted of singing "The Chair." His audition was not strong enough for the judges to send him to the Quarterfinals, eliminating him from the competition along with Daniel Park. 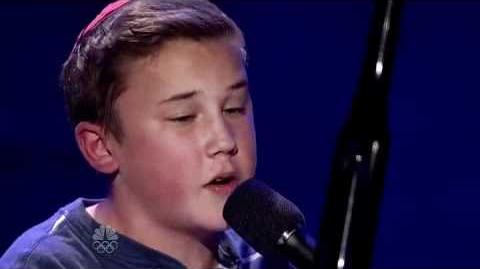