None
Tita Begashaw was a laughter coach act from Season 11 of America's Got Talent. She was eliminated in the audition round.

Tita Begashaw lives in Seattle, Washington. She is a patient service specialist. In 2001, she saw a flag in the hospital discussing the benefit of laughter. A native of Ethiopia, she moved to this country in 1988 and to Seattle in 1994. She began volunteering at Harborview Hospital soon thereafter. After being grief-stricken at the death of her younger brother, she knew that the path to healing lay in being of service to others. Tita’s a natural laugher and uses this gift to lead the Friday morning laughter club at Harborview. [1] 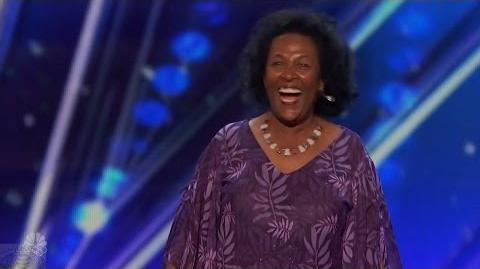